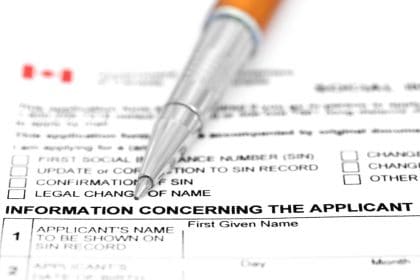 September 17, 2018 – Canada Visa Application Centres in Asia, Asia Pacific and the Americas will begin charging a fee for candidates to submit their applications from November 2, 2018.

The fee will differ spending on the VAC location, according to a statement from Immigration, Refugees and Citizenship Canada.

All VACs in the three areas will also require candidates to make an appointment to provide biometrics from November 2.

Previously, the fingerprint and photograph submission were done on a drop-in basis.

All You Need to Know About Canada’s Expanded Biometrics Collection
Ottawa Boosts China Ties With 7 New Canada Visa Centres
UAE Citizens: Travel To Canada Without a Visa From Today

The changes come as contracts with service providers in the region expire on November 1.

Certain VACs will be moving or closing when the contract ends. Canada immigration candidates are advised to check the website of their VAC to stay up to date with any developments.

Similar changes are planned for the Africa, Europe and Middle East region, but will not take effect until November 2, 2019.

“We’re working with all VACs to ensure a smooth transition and to ensure that you receive the services you’ve paid for,” a Canada immigration statement said.

The following VACs will close permanently on November 30, 2018:

The last day they will accept applications and collect biometrics is November 1, 2018. Documents, such as passports, can be collected until November 30.

Canada’s biometrics collection was expanded to include travellers from Europe, the Middle East and Africa on July 31, 2018.

Travellers from the three regions coming here to visit, work or study now need to have their fingerprints taken if they want to cross the border.

Data has been collected from 29 selected countries since 2013. All applicants for permanent residence and asylum seekers also have to provide biometrics.

The program is due to be expanded to include nearly all travellers by the end of 2018. Travellers from Asia, the Asia-Pacific and the Americas will be added on December 31.

Who Is Exempt from Biometrics Collection?

What Must Travellers Do to Provide Biometrics?

The fee for fingerprint and a picture is $85 for an individual or $170 for families.

The data is then transferred to the Canadian government records.

What Happens at The Border?

The Canada Border Services Agency is responsible for checking a traveller’s fingerprints at airports and land border points against the data provided at the visa application centre.

Some major airports are set up to do this automatically, namely Toronto Pearson, Calgary, Vancouver, Edmonton, Winnipeg, Ottawa, Pierre Elliott Trudeau in Montreal, and Halifax.

Where fingerprints do not match, travellers can be denied entry, detained and sent back.