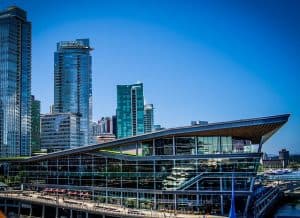 Feb 13, 2018 – Full time Canada jobs rose, although the number of people working fell overall in January 2018, according to the latest Labour Force Survey from Statistics Canada.

While the unemployment rate edged up 0.1 per cent to 5.9 per cent for the month, the 12-month employment growth stood at 289,000, or 1.6 per cent. Following two months of increases, the figures for January represented a consolidation rather than a significant decline.  The latest January rate is substantially lower than one year earlier when the unemployment rate stood at 6.8%.

Demographically, no one age-group or sex declined significantly, with the unemployment rate for women aged 25 to 54 holding steady at 4.9 per cent, despite a reduction of 45,000 in the number of core-aged women in work.

In the 55 and over age group, declines in part time work spearheaded a reduction of 24,000 in January, although over the last year employment has grown by 187,000, or 4.9 per cent. This is a statistical illustration of Canada’s aging baby-boomer population.

For young people aged 15 to 24, full time employment gains were outpaced by part-time losses for an overall decline of 22,000, while core-age men saw little change.

While there were some declines in the provinces, they were mainly driven by part time losses, particularly in Ontario and Quebec. The two major provinces saw declines of 51,000 and 17,000 respectively. Ontario’s unemployment rate remained steady at 5.5 per cent, while Quebec’s rose to 5.4 per cent.

More significantly, both provinces can boast healthy gains on the year of 104,000 in Ontario and 71,000 in Quebec, while they have both seen their unemployment rate drop by 0.9 per cent in the last 12 months.

Other provinces also saw the number of people in jobs decline, although not significantly. British Columbia remains the provincial leader on unemployment rate, at 4.8 per cent.

The data in terms of industry told a similar story of small declines over the month compared with increases over the last year.

Meanwhile, in business, building and other support services there was a monthly increase of 11,000 jobs.