March 30, 2018 – The latest figures show an increase in the number of asylum seekers crossing from the U.S. into Canada between recognized border points.

The vast majority of those stopped by the RCMP crossed into Quebec, which saw 1,486 intercepted in February and a total of 2,944 for 2018.

The number are significantly higher than the same two months of 2017, although nowhere near the peaks in July and August, as Canada prepares itself for a potential new wave of illegal border crossers as the weather gets warmer. 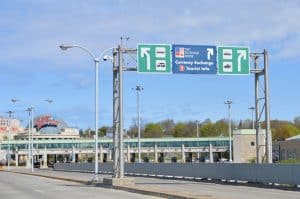 Concern is centred around the more than 350,000 people expected to lose their Temporary Protected Status in the U.S. over the next 18 months.

The influx has swamped Canada’s Immigration and Refugee Board, which now has a backlog stretching into years of cases waiting to be heard.

Immigration Minister Ahmed Hussen and Public Safety Minister Ralph Goodale were grilled on the situation by the federal government Standing Committee on Citizenship and Immigration in October 2017.

A government information campaign combined with the start of the school year, is believed to have helped dramatically reduce numbers in September. This supported the argument that the majority of the illegal entrants are in fact economic queue jumpers, seeking a faster entry into Canada.