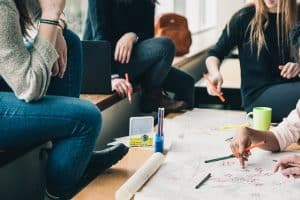 The figures also show a significant increase of nearly 63,000 study permits between 2015 and 2016 alone. A sharper increase is forecast for 2017, with universities reporting significant increases in intake numbers following Donald Trump’s victory in the U.S. presidential election. 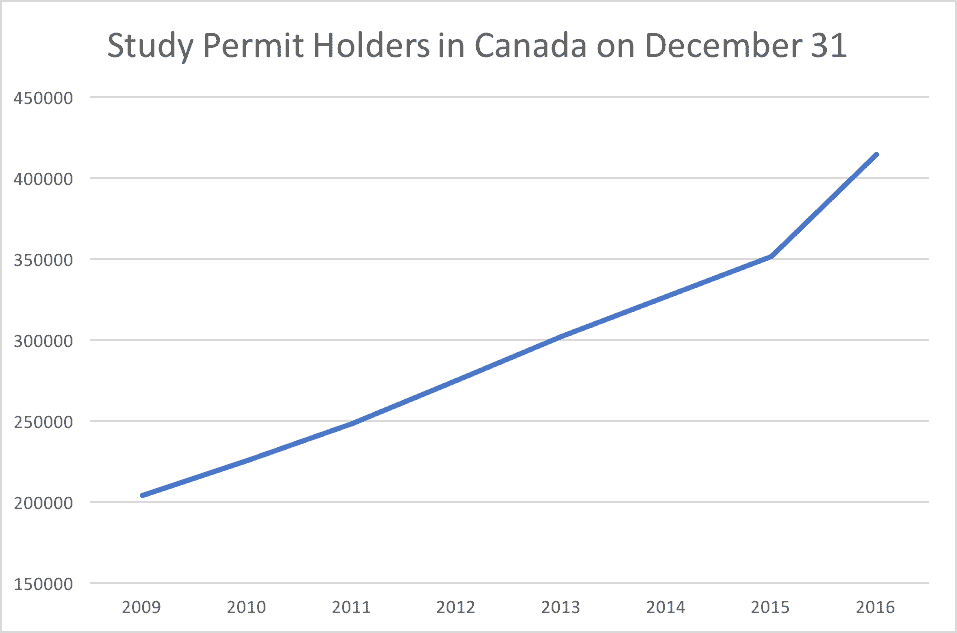 Before Trump’s election, universities were already seeing steady increases in interest from overseas students. But the controversial Republican’s October 2016 victory saw a significant spike. Although 2017 numbers are not yet available, universities are reporting they will be higher than ever.

Toronto welcomed nearly 17,500 international students in 2016 at both undergraduate and postgraduate level. This figure represents 20 per cent of the total number of students at the university.

Compare this with 2007, when Toronto had 7,380 international students, or 10 per cent of the total population.

In British Columbia, which has the second highest number of international students in Canada, numbers rose to nearly 14,500 in 2016, compared with just over 9,100 in 2012.

When Trump was elected, the first indication of increased interest came with university websites being swamped with traffic, both from the U.S. and overseas. It now seems the interest boost is resulting in a new influx of international students to Canada.

Traditionally, America has dominated the market for international students. Other players include the U.K., where ongoing Brexit negotiations mean the country’s economic future is uncertain.

China remains the key market for international students, with citizens of the Far East country making up a third of the total Canadian cohort in 2016. Indians, South Koreans, French and Americans round off the top five nationalities.

Top 5 Countries of Citizenship of International Students in Canada, 2016