Spotlight on Treatment of Agriculture Workers Under Canada’s TFWP

August 5, 2017 – Canada’s federal government has once again come under fire for the way seasonal agriculture workers are treated under the Temporary Foreign Worker Program (TFWP). 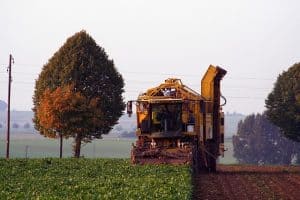 Critics say the government does not do enough to enforce TFWP rules and workers are too worried about losing their jobs and their work permits to complain.

Those speaking out against the program say worker are being denied labour benefits and work under a different set of rules than Canadians, denied basic freedom and protection.

Numbers of temporary workers under TFWP are falling in Canada, but agriculture is bucking that trend with 34,000 visas awarded in 2016, 9,000 more than 2011, according to official figures.

Despite Employment and Social Development Canada claiming temporary workers get the same rights as Canadians under the program, in practice this is not the case, according to the critics. And not enough is being done to enforce rules and help those subject to abuse.

ESDC points to a phone tip line and web address where abuse can be highlighted to the authorities, with 5,000 tips resulting in 640 cases where further action has been taken.

However, a report by the Canadian auditor-general highlighted the lack of rigorous investigation of potential abuse as one of the key failures of the TFWP.

“ESDC made limited use of its expanded powers to identify employers that did not comply with program requirements,” the auditor-general report, released in May 2017, read.

“ESDC increased its enforcement activities since announcing program reforms. However, it did not use the information it had to focus its activities on employers of the most vulnerable temporary foreign workers or employers that were most at risk of not complying with the program.

“We also found that the Department did very few on-site inspections of employers. Furthermore, we found that when an enforcement activity resulted in a recommendation to take action against an employer, the recommendation could take months to go through all the levels of approval.”

A list of violators is published on the ESDC website, but only four businesses are named dating back to 2014.

Other workers give the program glowing reviews, saying it has helped them make money to put children through school and support families in their home countries.

The current federal government can point to the fact that the period covered by the auditor-general’s report – January 1, 2013 to August 31, 2016 – includes only 10 months when it was in power.

Since then the Liberals have made changes in several key areas: