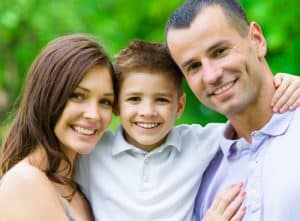 Several cases have arisen where applications have been returned citing missing documents which in fact were included in packages.

Despite Ottawa streamlining the Family Sponsorship process so that most cases are processed in 12 months, some applicants are frustrated by having their packages returned unnecessarily, meaning they drop to the back of the queue.

Now there are calls for the process to be moved online so as to eliminate the human error related to missing documents. But Immigration, Refugees and Citizenship Canada says there are no plans to do this.

The problem has been raised specifically by candidates for spousal sponsorship, a process that first involves a Canadian citizen or permanent resident being approved as a sponsor, before his or her spouse or common law partner is approved for permeant residence.

The process involves proving the relationship is valid, that the sponsor can support the spouse for three years, plus medical and criminality checks.

To be a sponsor:

IRCC has also moved to extend the Spousal Work Permit Pilot Program which allows a spouse or partner subject to an application to live and work in Canada while it is being processed. The pilot was due to end on December 21, 2017, but will be extended until January 31, 2019.