Stringent Requirements for Canadian Citizenship – Unless You Are a Bollywood Superstar 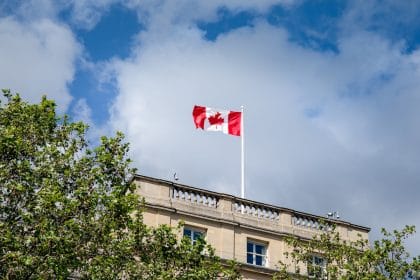 May 22, 2019 – Canada has stringent residency, physical presence and income tax filing requirements to qualify for Canadian citizenship – with many trying for years to qualify.

But, it seems, if you are a Bollywood superstar happy to help the prime minister get re-elected, you can get a Canadian passport easily.

A story has emerged via the National Post from the 2011 general election that suggests hypocrisy at the highest level of government, involving then-leader Stephen Harper and Indian megastar Akshay Kumar.

How to Get Canadian Citizenship

The basic facts are that Kumar appeared at a Harper campaign event in Brampton, full of praise for the incumbent prime minister and even dancing on stage with his wife, Laureen.

Weeks later Harper’s Conservatives surged to power with a clean sweep of the ridings in Brampton and neighbouring Mississauga, which both have large Indian populations.

Some time later, the Harper government moved to grant Kumar Canadian citizenship, via a little-known law that circumnavigates the usual stringent requirements.

Under section 5 of the Canadian Citizenship Act, citizenship can be granted ‘to reward services of an exceptional value to Canada’.

It is important to remember that the same Harper government made it more difficult to become a Canadian citizen in 2014, increasing physical presence requirements and making it easier to revoke citizenship.

The tougher rules have since been repealed by Justin Trudeau’s Liberals, meaning that currently a permanent resident must currently be physically present in three years of the proceeding five to qualify for citizenship.

Under Harper, it was four years in six.

Candidates for Canadian citizenship must meet the following requirements:

Kumar’s Canadian citizenship only came to light during the recent Indian election, when he campaigned for nationalist Prime Minister Narendra Modi. India does not allow dual citizenship.

MP Tony Clement, who was then industry minister, told the National Post that granting citizenship was a simple thank you for Kumar’s help in promoting Canada as a tourism destination and trading partner.

“Basically, he had offered to put that star power to use to advance Canada-India relations, our trade relations, our commercial relations, in the movie sector, in the tourism sector,” said Clement.

“He earned it … He has a great attachment to Canada as well as India, so he was doing all this free work.”

Critics point to the people known collectively as ‘lost Canadians’ who have battled to become citizens for years without success, falling victim to arcane aspects of federal legislation.

To those people, seeing how easily Kumar was given citizenship appears incredibly unjust.