March 29, 2017 – Integration remains a big issue for Syrian refugees in Canada, as more and more reach their one-year anniversary that sees the withdrawal of specific government and private sponsorship. 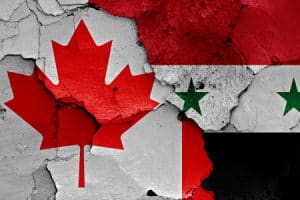 Instead those that are yet to find work must rely on the same benefits as Canadians, a year after moving here from their war-torn country.

Privately-sponsored refugees prosper more quickly in the short term in terms of learning languages and getting jobs when compared to their government-sponsored counterparts.

Immigration, Refugees and Citizenship Canada reports about half of privately-sponsored Syrian refugees in Canada who have reach their one-year anniversary have found work, compared with 10 per cent of the government-sponsored group.

This comes down to privately-sponsored Syrians in Canada either already having family ties, or even if they did not know their sponsors before arrival, having the advantage of people working specifically on their behalf to get them integrated into society.

Statistics shows it may take eight or nine years before government-sponsored refugees close the integration gap.

Government-sponsored refugees also have a generally lower level of education, and a more limited grasp of Canada’s two official languages, English and French.

“Language is the pillar of integration,” for both Canada refugees and other immigrants, according to Quebec Immigration Minister Kathleen Weil.

Certain groups are more exposed to falling behind, including women who are often the ones caring for children and therefore do not have the time for language classes.

Older teenagers are also an at-risk group, liable to drop out of school if they cannot integrate at an age when they do not have access to adult education classes.

Recognition of qualifications is also a key issue, with Weil highlighting ‘system blockages’ in Quebec that are slowly being addressed.

Often Syrian refugees in Canada may need a specific type of course that is not currently provided because the level of demand is too low.

More than 40,000 Syrians have now arrived since November 2015 following a federal government drive in response to an international outcry about the ongoing refugee crisis.

The federal government achieved its target of sponsoring 25,000 Syrian refugees in December 2016. The total number of Syrian refugees welcomed into the country since November 2015 is 40,081.

The government target is not to be confused with the initial surge to bring in 25,000 refugees by February 2016, as these were a combination of government, blended and privately sponsored candidates.

The government will limit the number of private sponsorship refugee applications it receives for Syrians and Iraqis to 1,000 in 2017, as it looks to clear the backlog already in the system.

This figure applies to applications only – an allocation of 25,000 resettled refugees is included in the 2017 immigration plan.