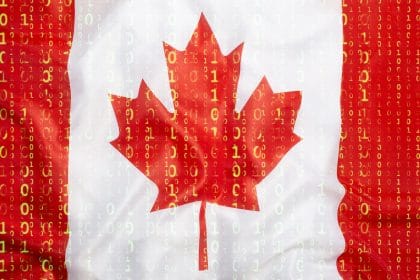 December 12, 2018 – Attracting, hiring and retaining the right talent is essential for the growth of technology firms in Canada. For years, Canadian technology companies struggled to attract the right candidates to fill vacancies that would ultimately help them expand and grow. The all-too common story saw businesses identify international skilled workers, start the paperwork, but the processing would take so long, the in-demand talent would be lured elsewhere.

This is why, in 2017 the Global Talent Stream was introduced by the federal government. The aim of the program was to boost the skilled talent pool in Canada. The program was introduced with an initial 2-year timeline, during which time high growth firms can gain access to highly sought after skilled foreign workers. Find out if you qualify for Immigration to Canada by completing our free online evaluation HERE!

Why Canada has a technology talent shortage

Canada’s has several renowned universities offering highly marketable degrees in technology-based programs. However, many of the top graduates have traditionally been lured away to Silicon Valley to work for U.S. technology giants. With Donald Trump cracking down on immigration this is changing. Reports show that by 2020 the country will experience a shortage of almost 220,000 tech workers due to inadequate supply to match the ever-growing demand, according to the Information and Communications Technology Council (ICTC).

The problem with the old system

Previously, and with few exceptions, technology talent came in through the same general streams as other skilled workers. For work permits, that meant the Temporary Foreign Worker Program and the cumbersome Labour Market Impact Assessment (LMIA) process. The LMIA is the document that proves the lack of a suitable Canadian candidate at the going rates, for a position. Processing could take up to a year, often too long for in-demand skilled workers to hang around. Even the LMIA-exempt positions covered under the International Mobility Program could see lengthy processing times for a number of reasons.

What the GTS changed

The launch of the Global Talent Stream in June 2017 saw government policies committed to processing applications inside Canada in two weeks for the most in-demand positions. The Global Talent Stream is part of a broader Global Skills Strategy, which also includes work permit exemptions for managers, professionals and researchers. It also saw commitment to a more client-focused approach by the federal government, guiding employers through the application process. Operating as part of the Temporary Foreign Worker Program, the GTS has two distinct streams:

See chart for GTS occupations. The GTS is part of the broader Global Skills Strategy, under which two more important work permit changes were made:

Whether applying at a visa off or Port of Entry, a candidate must provide documents to show the short-term exemption applies. These documents should include:

Why the launch of GTS was particularly well timed

Just as Canada launched the GTS, Trump stepped up his immigration crackdown in the U.S. There have been no formal changes to the H-1B visa for skilled workers, but U.S. officials have made it much more difficult to obtain this visa. Paperwork requirements are more onerous and processing times lengthy. It appears U.S. officials are following instructions to create hurdles and delay the process of issuing visas. For skilled worker candidates considering their options, they now have Canada with its newly launched two-week work permit processing, or the U.S. with an anti-immigration president and a deliberately bogged down system.

Has the GTS been successful?

Businesses hailed the arrival of the GTS and are calling for it to be extended beyond the current two-year pilot, which expires in June 2019. It was recently expanded to include three new occupations on its one-year anniversary. More than 2,000 workers have been approved to Canada since the program launched in Q3 2017. Thousands of workers are expected to come to Canada under the program with their families, who also qualify for two-week processing. Most will make the transition to permanent residence once they are here. This can be done relatively quickly through the Express Entry system for workers with such in-demand skills.

Find out if you qualify for Immigration to Canada by completing our free online evaluation HERE!

By helping technology firms add the right talent in order to support overall growth, this program ultimately helps to create a much larger pool of new jobs including Canadians. In order to create the Global Talent Stream, the federal government spoke to several Canadian tech CEOs to discover how to make the most efficient program that would tackle the problem of talent shortage head on. The next natural step would be to continue working with the heads of tech companies and other innovators and resourceful members of the industry to make this pilot program a permanent fixture.

Other actions that the federal government can take include working with innovators to develop a national talent-retention strategy, and promotion of science, technology, engineering and math education in all academic institutions that are publicly funded.

Be One of the 1 Million New Immigrants Coming to Canada over Next 3 Years!