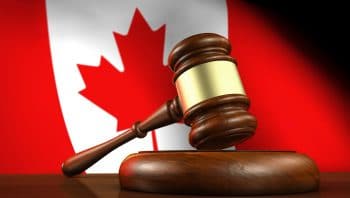 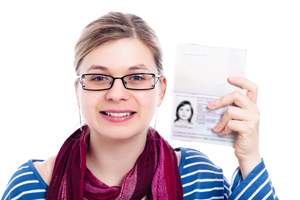 Colin R. Singer
Monday, 02 February 2015 / Published in Canada Immigration News Articles
According to Statistics Canada, the Canadian economy shed 11,300 net jobs in December instead of the 4,300 decline reported earlier in January. The updated jobs figures were part of the agency’s annual revisions to labor data. Canada lost almost three times as many jobs in December as originally estimated, and job creation for the full
Canadacanada immigartionCanada visaDecember Job LossesEmploymentImmigration

Colin R. Singer
Monday, 17 December 2012 / Published in Canada Visa
Canada permits the temporary entry of qualified visitors, students and foreign workers under various employer ‘sponsorship’ programs. A visitor means a person who is lawfully in Canada, or seeks to come into Canada for a temporary purpose (such as work, study or visit) and who is not a Canadian citizen, permanent resident or the holder
Canada visa

Colin R. Singer
Thursday, 23 January 2014 / Published in Canada Immigration News Articles
Canada may soon change visitor requirements for citizens of several closely allied countries. Citizens of countries such as the United Kingdom, Germany and South Korea have for years been free to enter Canada without obtaining permission or visas. However, that could all change in the near future thanks to the 2011 U.S.-Canada border agreement. The
Canada visacome to Canadaenter canadaVisit Canada

Colin R. Singer
Friday, 01 November 2013 / Published in Canada Immigration News Articles
The Canadian government has announced plans to share information with the U.S. concerning immigrant applicants and refugee claimants. The initiative is part of a broader information-sharing strategy between the two governments. It is intended to help bolster border security but is coming under fire from privacy rights groups. Privacy advocates are concerned, in particular, with
Canada visaCanada-US treatyImmigration information sharing

Colin R. Singer
Tuesday, 04 December 2012 / Published in Profile
At Immigration.ca, since 1994, we have provided a guiding light to many thousands of persons wishing to immigrate to Canada. We share in the optimism and sincere belief that Canada offers excellent settlement options within a stable environment to those who wish to become a part of its landscape. Under the direction of COLIN R. SINGER,
Canada employmentCanada immigrationCanada immigration lawyerCanada investmentCanada visaCanadian citizenshipCanadian immigrationCanadian visafree assessmentimmigrantsimmigration lawyersinvestor informationjobs in CanadaQuebecskilled workerssponsorshipsTorontoVancouverwork

Colin R. Singer
Friday, 21 November 2014 / Published in Canada Immigration News Articles
Faced with the growing demand for highly skilled professionals and an increasing shortage of people with specialized skills, Canadian manufacturers are teaming up to hire youth workers with little or no prior work experience and then investing in training them afterwards. The scheme has been initiated by the Ontario Manufacturing Learning Consortium, which is made
CanadaCanada immigrationCanada visaHigh-Skill Jobsprofessionals

LinkedIn Rates Calgary as the Most Active Job Market in Canada

Colin R. Singer
Friday, 21 November 2014 / Published in Canada Immigration News Articles
LinkedIn Canada has released a survey listing the 10 most active job markets in Canada over the past year, with the city of Calgary coming out in top spot. According to the report, research shows that 8.6% of LinkedIn members in Calgary started at a new position over the past year, making it the city
Canada immigrationCanada visajob ratesLinkedIn Canada