Why Canada and the U.S., Diverge on Syrian Refugees 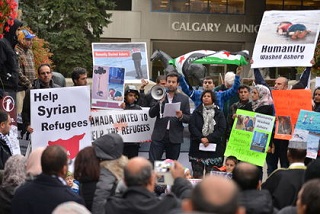 Both Canada and the United States are largely populated by immigrants and the descendants of immigrants. According to a recent Nanos survey, two-thirds of Canadians support the Liberal government’s promise to bring 25,000 Syrian refugees to Canada while a third oppose the move. In stark contrast, according to a survey published by Bloomberg in November,
Canada and the U.S.Diverge on Syrian RefugeesSyrian refugees to Canada