Employment Minister Jason Kenney and Immigration Minister Chris Alexander announced changes to the Temporary Foreign Worker Program, following a briefing for news media. The is a detailed and sweeping reform by the government, splitting the program in two and imposing a long list of measures aimed at reducing its use for low-wage positions. The announcement
information technology workersOttawasweeping changesunveils

Should Ottawa Allow the Niqab at Citizenship Ceremonies?

Jason Kenney, the immigration minister in 2011, had banned niqabs during swearing-in ceremonies. Before this ban, wearing a niqab on such occasions had been perfectly acceptable. According to his argument (which he gave in an interview in 2012), taking the citizenship oath is “a declaration of your membership in the community and you do that
allowCanadaceremonycitizenshipImmigrationniqabOttawa 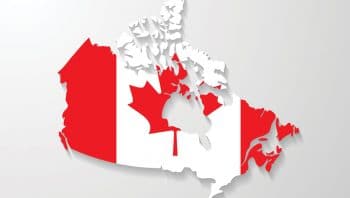 Ottawa’s share of new immigrants continues to decline as newcomers increasingly opt for the economic opportunities of Western Canada or the cultural diversity of Montreal. A Statistics Canada study released last week reveals that the percentage of immigrants who cited Ottawa as their intended destination has dropped to 2.4 per cent in 2012 from 3.4
Canada’s revised immigration systemimmigrantsimmigration to Canadanew immigrantsOttawa

Ottawa Urged to Remove Citizenship by Birth on Canadian Soil

Immigration officials have recommended that Ottawa remove citizenship rights to babies born in Canada to non-citizens and non-residents despite the small number of cases not justifying the costs. The proposal, with inputs from various federal departments, found less than 500 cases of children being born to foreign nationals in Canada each year. The issue of
Birth on Canadian SoilcitizenshipImmigrationOttawaremove

Colin R. Singer
Friday, 19 September 2014 / Published in 2014, Canada Immigration News Articles
Ottawa-born Deepan Budlakoti, a 24-year-old who has never lived outside this country, has lost his bid to be declared a Canadian citizen by the Federal Court of Canada. In a decision released Wednesday, Justice Michael Phelan ruled that Budlakoti, born to employees of the Indian Embassy in October 1989, does not have a claim to
CanadacitizebshipImmigrationOttawastateless

Colin R. Singer
Thursday, 12 March 2015 / Published in Immigration blog
Prime Minister Stephen Harper vows to appeal the federal court decision allowing women to take the oaths of citizenship while wearing veils; says it is “offensive” that people should hide their identity “at the very moment where they are committing to join the Canadian family.” Read More Source: The Star
Canadacitizenshipcourt decisionImmigrationoathsOttawawomen