March 24, 2017 – British Columbia technology companies are counting down the days to when Canada work permits and Canada visa applications can be process in two weeks under the new Global Talent Stream.

Both start-ups and more established operations are reporting a gradual increase in interest from highly-skilled foreign workers as Donald Trump cracks down on USA immigration.

Trump has already announced plans to stop expedited processing for the H1-B visa, the program under which the best and brightest are able to enter the U.S. 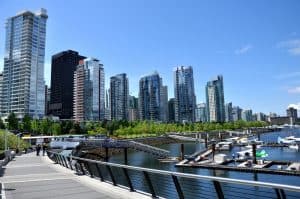 Put together with the president’s renewed attempt to ban travel from six Muslim-majority countries, and there is considerable uncertainty about what the future holds for USA immigration.

Skilled workers will have their Canada work permits processed within two weeks beginning June 12, 2017 as part of the new Global Talent Stream, part of the Temporary Foreign Worker Program.

The federal government wants to help high-growth companies bring in the talent they need quickly by slashing the processing time for a Canada visa application from six months to just 10 business days.

Once the fast-track Canada work permit is up and running, skilled workers thinking about moving to Canada will become able to make it happen in two weeks.

Individuals are not the only ones looking to move. Major international corporations are now considering Canada as a better place to grow their businesses instead of the U.S.

The uncertainty created by Trump has these companies looking for a more stable base for their business.

Microsoft already has a significant presence in Vancouver, built because of the ongoing struggle to bring in foreign workers under the U.S. immigration process.

Major technology and medical research firms were already seriously looking here before the Trump ban – now they are on the verge of making the move.

Canada is already home to established bases for several of the major U.S. Silicon Valley giants.

Amazon is also always growing its Canadian software development wing, with 500 staff in Vancouver and 400 in Toronto, not to mention a recently-opened Ottawa office.

As recently as October 2016, Thomson Reuters revealed its plan to create 400 high-skilled positions in Toronto with a new downtown technology centre.

In terms of bold policy action against the U.S. and Trump, Canada appears to have its hands tied because of NAFTA. But there appear to be immigration policy-driven ways it can not only help those stranded by the immigration ban, but also benefit its own business community.