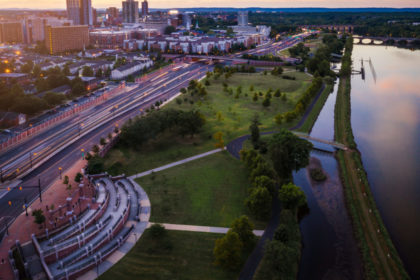 Foreign nationals wanting to move to the Atlantic Canadian province of New Brunswick are facing new, temporary restrictions as the provincial government there tries to protect the job prospects of Canadians.

“Businesses have reduced services, laid off staff, and in some cases have closed,” reads a government update. “Some sectors have been affected more significantly than others. Certain occupations in these sectors have been particularly vulnerable to changes in employment status.”

The province is still accepting and processing applications for all immigration streams under the Atlantic Immigration Pilot (AIP) and Provincial Nominee Program (PNP) program from applicants throughout the world for both the healthcare and IT fields.

Temporary foreign workers and international student grads already living and working in New Brunswick are also being spared those restrictions. Applications are still being processed for all immigration streams within both the PNP and AIP programs.

Others, though, are subject to those new restrictions with the province nixing applications from foreign nationals not already in the province for the following sectors:

New Brunswick closed its borders to all but the most essential inter-provincial travel three months to prevent the spread of Covid-19.

Under the leadership of Premier Blaine Higgs, the province called on police to turn away anyone from Quebec, Prince Edward Island and Nova Scotia in the third week of March.

“We must do all we can to prevent and reduce the spread of COVID-19 in New Brunswick,” said the premier.

Businesses in New Brunswick are only now starting to re-open. As the province re-builds, it is trying to preserve the few jobs that exist for Canadians already residing in New Brunswick.

Many employers have participated in international recruitment missions with the province and have questions about filling their current labour needs. They are being advised to contact their assigned immigration program officers to discuss their options.

Under the new restrictions, foreign nationals seeking jobs as truck drivers or pursuing positions in the manufacturing sector can no longer apply under the AIP program unless they are going to be working for employers who participated in a New Brunswick-led recruitment mission within the past year and a half.

Those who fall outside those parameters can still apply to work in the province but must now do so under the PNP worker stream. That program is open to workers no matter where they live provided they meet the minimum eligibility requirements.