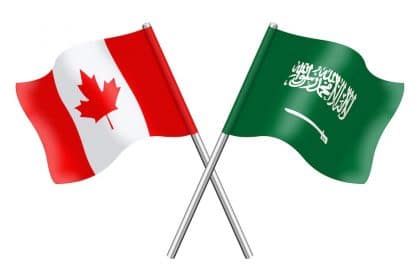 August 14, 2018 – A Foreign Ministry tweet expressing concern over the arrest and detention of women’s rights campaigners in Saudi Arabia, one with ties to Canada, has resulted in a full-blown diplomatic spat and the expulsion of Canada’s ambassador to Saudi Arabia.  It also led to the suspension of flights, and a directive for Saudi students in Canada to leave the country by August 31st.

Of particular concern are the more than 1000 Saudi medical graduates who work as doctor-in-training residents with Canadian teaching hospitals.   The Saudi government pays us near $100,000 for each medical trainee.  They provide patient care to an overworked medical system in Canada.

To suggest Saudi Arabian students, have good options to remain in Canada in the wake of the ongoing diplomatic standoff, is short-sighted and unrealistic.

It also ignores the reality that their families back home will face systematic harassment and persecution if students remain here against government policies demanding they leave.

More than 8,300 Saudis and their families are currently studying in Canada, the majority of them on a now-suspended scholarship program operated by their own government.

Very few now have a realistic option to stay here, by proving they can support themselves or finding employment.

What Are the Details of The Canada-Saudi Arabia Diplomatic Spat?

How Does the Diplomatic Spat Affect Saudi Students in Canada?

Part of the action taken by Saudi Arabia has been to suspend a government scholarship program that pays tuition, accommodation, flight and living costs for Saudi students in Canada.

It also ordered them to return home.

With official figures showing more than 8,300 Saudi Arabian students and their families are currently studying here, including more than 1000 medical graduates, this represents a major revenue stream for Canada.

How Many Saudis Are Currently Studying in Canada?

The dispute has served to highlight a growing and worrying trend in the Canadian college and university system.

Schools chasing the higher tuition fees paid by international students have become too reliant on the revenue generated, reducing opportunities for Canadians.

Promoting internships and fellowships to foreign students, especially in the medical field, is highly problematic.

More students for fewer places mean the standard required by Canadians to get into their chosen school has increased.

At the same time, a second stream exists for high paying international students.

The growing trend means places for Canadian students wanting to study medicine are increasingly limited.  Ask the many Canadian medical students studying in St. Lucia, the USA, Australia and elsewhere if they plan to return to Canada in the future, and the response will be unlikely.  Canada’s human capital loss becomes compounded by a dwindling supply of home grown general medical practitioners and specialists.

Canadian institutions have rallied around their students with efforts to complete short-term courses early and exploring online instructions and coursework.

Yet, with streams like engineering, medicine, and science popular among the Saudis, such solutions are unlikely to prove useful.

Further, colleges will also have to look beyond the academic fallout and consider the financial implications of a mass exit.

Ontario universities are likely to face losses running into tens of millions of dollars.

The impact will be significant as institutions struggle to cope with excessive infrastructure outlay, hiring of excess teaching and support staff, and a general fall in reputation and goodwill.

Canada’s policy makers must consider limiting the number of international students at any Canadian education institution to 5 per cent of the total student population.  This may require provinces increasing tuition fees, which by international standards, are low.

In the employment field, the Labour Market Impact Assessment means international workers cannot be brought in to fill positions for which Canadian candidates are available.

It is time this ‘Canada-first’ policy was extended to the higher education system to ensure our university students have equal access to Canadian institutions.  This will help ensure our own labour market produces Canadian graduates who will fill these important positions, before we look to the foreign student market.  This is the foundation of sound immigration policies.