May 15, 2017 – Figures from two of Canada’s top universities show the ‘Trump effect’ is very real when it comes to international students looking to study in Canada.

Concordia University and the University of Toronto have both recorded significant spikes in interest from both the US and overseas.

The figures from further afield showed even more dramatic increases. Applications from Mexico for undergraduate courses have jumped 325 per cent, with a 233 per cent increase in applications from India. 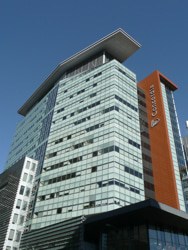 Toronto has seen an increase of 22 per cent in the international applications it received for the approaching academic year compared to the previous one.

The number of accepted admission offers from US students has risen 104 per cent, while that figure for Indian students shows a 75 per cent increase.

There has been no direct action against international students by the Trump administration. Policies have included the attempted travel ban from Muslim countries and limitations on the H1-B visa.

But during the Trump campaign and since his inauguration, the clear perception is that immigrants are not welcome in the US, and it seems international students have received the message loud and clear.

“I am deeply surprised by what’s happening in the US,” he said. “I grew up there and spent my first 40 years there and it’s pretty difficult to watch.”

He also said the Canada immigration system is too complicated to navigate and should be simplified.

“I have a doctorate and I found it difficult,” he said. “It shouldn’t be that hard. In societies where you’re really magnets for talent, as we are, you want to make the doors wide open.”

In fact, Canada has made changes to its immigration system that provide further incentive for students to consider coming here over other competing destination countries.  Foreign students are able to work while they study in Canada.

Changes are also coming that will make it easier for bringing temporary skilled workers into Canada.

A new Global Talent Stream is being planned under the Temporary Foreign Worker Program, which will see work permits processed inside two weeks for top talent. It will be launched on June 12, with more details expected soon.

With the Trump administration pushing students and other immigrants away, and Canada taking steps to attract them, it should follow that significant increases in numbers are seen. The latest figures from Concordia and Toronto support that.