August 8, 2017 – Canada is well equipped to deal with the sudden influx of asylum seekers into Quebec from the U.S., according to Prime Minister Justin Trudeau. 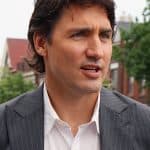 “We want migration to Canada to be done in an orderly fashion; there’s border checkpoints and border controls that we need to make sure are respected,” Trudeau said. “The people coming now irregularly will still have to go through all the proper processes.”

“One of the reasons Canadians are open to immigration is because we know it has contributed to the growth of this country. Protecting Canadians’ confidence in the integrity of our system allows us to continue to be open, and that’s exactly what I plan to continue to do.”

There have been several calls for Canada to suspend the agreement, but both Trudeau and Hussen say there are no plans to do this.