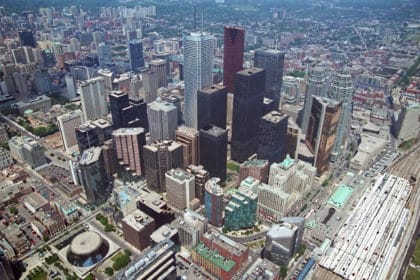 Jul 31, 2019 – US-Canada relations may have cooled under President Donald Trump for reasons like tariffs on Canadian steel and the NAFTA renegotiation to issues arising out of the loophole in the US-Canada Safe Third Country Agreement.

However, Trump may have helped resolve, or at least mitigate, an issue troubling Canadian policy-makers for decades – the brain drain.

For decades Canada has been struggling with the trend of highly-skilled Canadians moving to the US for better job prospects and higher salaries.

With Trump at the helm, job-search websites data indicate the US may no longer be attractive for educated Canadians.

Jobs website Indeed says US positions accounted for 2.9 per cent of all Canadian job searches in 2016. This fell to just 1.9 per cent in the second quarter of 2019.

Interest in Canadian tech jobs from the US has remained steady with the 2016 election having minimal impact on searches for Canadian jobs by US workers.

While US interest has remained stable, Canada is seeing a surge in interest in tech jobs among foreign IT professionals, especially from India.

There has been a 58 per cent jump in foreign interest in Canadian tech jobs, which may be related to Trump’s ‘Make American Hire American’ executive order and the clampdown on H-1B visas.

Canada’s robust job market has also contributed. Payroll earnings for May 2019 rose by 3.4 per cent as compared to a year earlier, the third-highest jump in a single month over the past five years.

Toronto has consistently outpaced the Silicon Valley as the biggest creator of new tech jobs in North America. Other Canadian cities like Ottawa, Montreal and Vancouver also rank in the top-25 tech job markets.

However, Canadian policy makers cannot afford to relax. Canadian tech jobs offer significantly lower salaries as compared to jobs in the US. This is true for knowledge-economy jobs related to science, tech, and academics.

A quarter of all job searches for ‘assistant professor’ and ‘postdoctoral fellow’ focused on employers located in the US. More than one in ten searches for ‘scientist’ jobs were also in the US.