March 8, 2017 – The new Donald Trump immigration ban says Canadian permanent residents from any of the six Muslim-majority countries will need to apply for a waiver to enter the U.S. 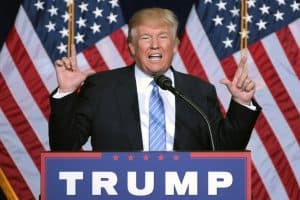 Before the Trump ban, Canadian permanent residents who with citizenship from one the six banned countries – Sudan, Syria, Iran, Libya, Somalia and Yemen – had to apply for a visa.

It is understood the waiver application will be a longer and more arduous process.

The new order, a direct attempt by Trump to avoid it being deemed a Muslim ban, is already the subject of a legal challenge, this time from the U.S. state of Hawaii.

The previous order was effectively defeated in the courts, the Trump administration preferring to back down and issue a totally new ban after losing a crucial appeal.

The new executive order means that:

Officials appear to have learned lessons from the chaos surround the order, with a key provision of the new order being that it does not come into effect until March 16, 2017.

The officials admit this phase-in period is directly aimed at avoiding some of the problems caused by the immediacy of the original order.

The new Trump immigration ban is also very clear on who is exempt, including U.S. citizens and permanent residents (also call green card holders), current visa holders and dual nationals. The order also allows for entry to be allowed on a case by case basis.

This version of the Trump ban came with a Homeland Security fact sheet, which was missing from the original order.

The chaos caused by the original order was compounded by a lack of clarity on who it covered and who it did not. Green card holders and dual nationals found themselves prevented from travelling, or held at airports when they arrived on U.S. soil.

Despite the differences between the two executive orders signed by Trump, it is difficult to see past the fact that if the U.S. courts thought the first one was not legally sound, they will think the same about this one.

Former New York Mayor and lawyer Rudy Giuliani stated that Trump asked him how to do a Muslim ban legally – if this is the starting point for any legal challenge, there is only one way to view the new order.

Legal challenges are already being formed for the new order, with the target being to get it revoked before the March 16, 2017 date of implementation.

The first Trump immigration ban provided a glimpse of the haphazard approach to governing the new administration has.

Many of the consequences were simply not considered, and by revoking that order, Trump has effectively admitted it was ill-conceived.