July 17, 2017 – Donald Trump’s travel ban has been dealt a fresh blow after a judge said the definition of a close family member was too narrow. 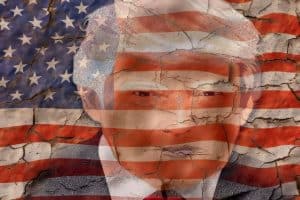 It means grandparents and other relatives of those already in the U.S. cannot be stopped from entering the country. This has been the case since the Supreme Court allowed the partial implementation of the ban in June.

Now, Hawaii District Judge Derrick Watson has ruled the Trump administration’s interpretation of the Supreme Court ruling was too narrow.

As of June 29, 2017, the Trump travel ban covering nationals of Libya, Iran, Somalia, Sudan, Syria and Yemen, and all refugees, has been partially in effect.

FAQ: All You Need to Know About Partial Trump Travel Ban

State Department guidance said only those with close family ties to the U.S. would be allowed across the border, including parents, spouses, children, adult sons or daughters, sons-in-law, daughters-in-law and siblings.

The guidance said grandparents, grandchildren, aunts, uncles, nieces, nephews, cousins, brothers-in-law and sisters-in-law, fiancée’s or other extended family members do not count as close family members. But Judge Watson’s ruling means these family ties are sufficient to be allowed entry.

A second disputed area was whether an agreement with a refugee group represented the required close connection to avoid the ban.

Judge Watson ruled that such an agreement was adequate, writing “it is a documented contract, it is binding… bona fide does not get an more bona fide than that.”

The June 27, 2017 Supreme Court ruling limited the scope of two lower court rulings that blocked Trump’s executive order, one of them coming from Judge Watson’s court.

It means the limited ban will remain in place until America’s highest court begins its hearing on the ban, which will be October at the earliest.

The wording of the decision says the ban applies “with respect to foreign nationals who lack any bona fide relationship with a person or entity in the United States.”

Supreme Court justices took issue with how broad the injunctions were, covering foreigners with no prior connection to America. “Denying entry to such a foreign national does not burden any American party by reason of that party’s relationship with the foreign national,” the court said.

The ban effectively means the full U.S. refugee program is now suspended for 120 days, given asylum seekers are less likely to have an existing connection in the U.S.

By appointing Neil Gorsuch to the Supreme Court soon after becoming president, Trump weighted the bench 5-4 in favour of Republicans. Three of those justices, including Gorsuch, said they favoured granting the travel ban in full.

The Facts of the Executive Order

The original order sparked chaos due to a lack of guidance on its implementation.

Border officials were seemingly unaware who was covered by the ban, including green card holders and dual citizens.

There followed several days of travellers not being allowed on flights, or being held at U.S. airports. Some of those covered by the ban were already in the air when it was signed.