Two-Thirds of Residents Back Same or Increased Quebec Immigration Levels 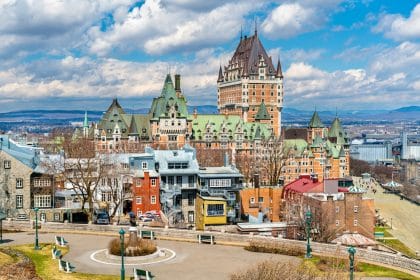 September 4, 2018 – More than two thirds of residents would like to see Quebec immigration levels remain the same or increase, according to a new poll.

The poll, conducted via online tool Vote Compass, showed than 68 per cent held a positive view of the impact immigrants have on Quebec society.

Meanwhile, just 28 per cent of Quebecers said they wanted lower levels of immigration in the poll, which recorded nearly 78,000 responses. 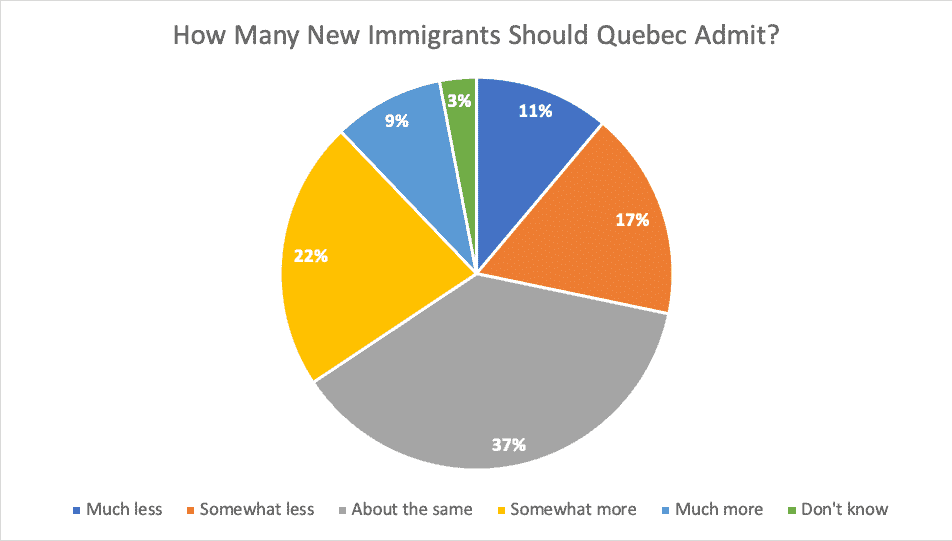 Immigration levels are a central issue in the upcoming Quebec provincial election.

The incumbent Liberal provincial government plans to welcome up to 53,000 new immigrants in 2018. However, the rival Coalition Avenir Quebec (CAQ) wants to see the figure drop to 40,000, albeit temporarily.

As a French-speaking province, Quebec has always required the vast majority of its immigrations to be proficient in the language.

Judging by the responses to the Vote Compass poll, Quebec residents support this requirement.

Nearly two-thirds, or 64 per cent, either ‘somewhat agreed’ or ‘strongly agreed’ with the statement, compared with 24 per cent disagreeing.

Also, part of the debate in campaigning is whether newcomers should face a Quebec values test.

The CAQ is trying to appeal to its voter base by promising a values test for all newcomers within three years of arrival.

Just over half of respondents agreed with the idea, a total of 54 per cent.

Vote Compass is an online tool focused on the Quebec election, put together by Vox Pop Labs, CBC and Laval University. 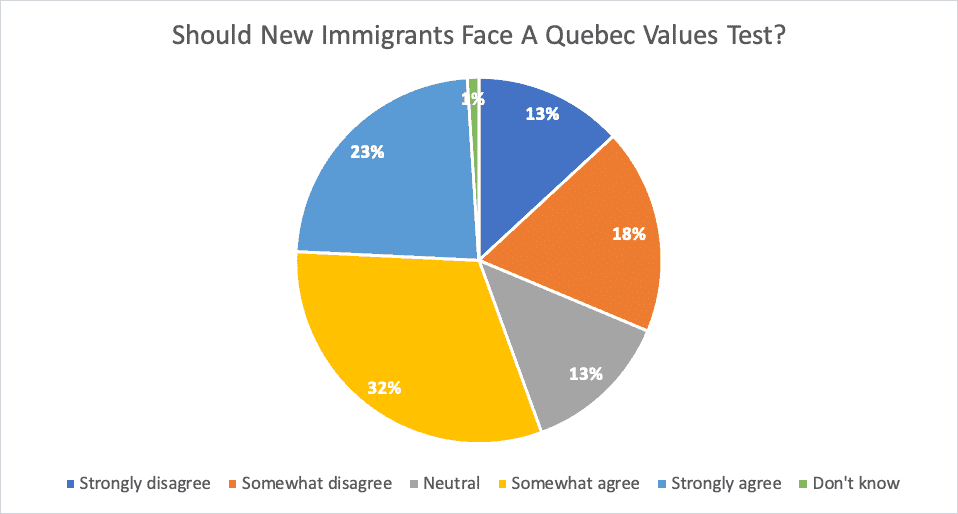 Lebeaume says there are 17,000 jobs available in Quebec City at the moment.

The mayor has put out a 12-page document saying Quebec City needs more than 5,000 extra immigrants per year for the labour market to recover.

Currently, Quebec City takes six per cent of all immigrants settling in the province of Quebec. Lebeaume wants to see that rise to 10 per cent.

Expression of Interest Coming to Quebec

The province of Quebec is about to launch an Expression of Interest immigration system for skilled workers.

The new method will replace the current first-come, first-served system. It is expected to reduce the processing time for economic immigration applicants to less than a year.

It will give priority to skilled workers who best meet the needs of the Quebec labour market.