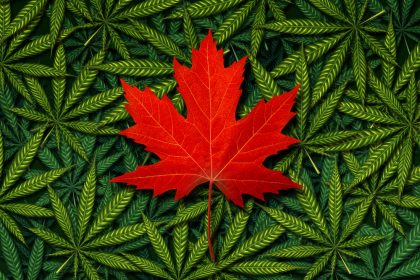 The move serves to end concerns that Canadians employed in the pot industry would face lifetime bans from the U.S. under American border laws.

It comes as Canada legalized cannabis on October 17, 2018.

With little communication on how that would affect Canadians visiting the U.S., there were fears over how those crossing the border would be treated.

But a statement from the U.S. border agency serves to end those fears.

Cannabis is a controlled substance in the U.S., falling under federal government jurisdiction.

There are still potential issues with cannabis industry workers crossing the border.

Canadians with ties to the U.S. cannabis industry could face problems from U.S. border agents, as could those with cannabis-linked criminal histories from pre-legalization.

Previously, Canadians were required to admit previous cannabis use to border officials, information that will have been kept on file for future border crossings. This could affect future visits south of the border.

Caution is still being urged for those crossing the U.S. border, given the erratic shifts in policy seen under Donald Trump’s presidency.

Meanwhile, Canadians crossing into the U.S. are reminded they could have their phones searched at the border.

U.S. border agents have the right to demand passwords to search phones and other devices such as laptops without specific reason.

Travellers are advised to put mobile phones in ‘flight mode’ to protect privacy, as border agents cannot download from remote, or cloud, storage without giving a reason.

If access to the device is refused, the border agent has the power to confiscate it for five days and sometimes longer.

Experts are suggesting travellers remove any sensitive data and expect their phones to be searched whenever crossing into the U.S.

The number of times border agents who inspected phones spiked by 60 per cent in 2017. Phones were checked more than 30,000 times as travellers crossed the border.

What Powers Do U.S. Border Agents Have to Search Phones?