U.S. Border Pre-Clearance to be Expanded in Canada 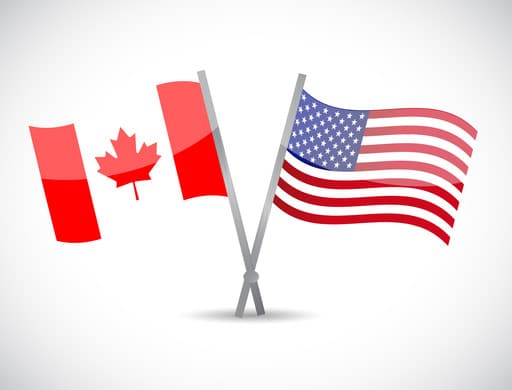 A bill that would expand U.S. border pre-clearance in Canada looks set to become law after it was adopted by the American Congress.

The move is aimed at enhancing trade and security on both sides of the border between the two countries.

It will see pre-clearance centres added for train travel, with the potential for bus and car journeys to be pre-authorized in future.

The hope is to ease border bottlenecks that slow down the movement of goods and people.

The bill has been several years in the making, taking so much time that many though it would never become law.

Now it only requires Barack Obama’s signature, after the outgoing U.S. president and Canada counterpart Justin Trudeau reached agreement on the latest version earlier in 2016.

Pilot projects are expected at Montreal’s central train station and on the Rocky Mountaineer line in Western Canada.

U.S. customs offices will be established at both locations, where the necessary checks will take place to allow trains to pass straight across the border.

If the pilots are a success, the project will be expanded to include further travel, plus bus and then car journeys.

Pre-clearance is nothing new in Canada, with centres already established at most major airports. Toronto’s Billy Bishop and Quebec City’s Jean Lesage will be added as part of the new agreement.

Specifics of the legislation allow American agents to carry weapons, question and detain travellers. The bill does not grant customs agents the power to arrest.