New guidelines from the U.S. Department of Homeland Security (DHS) call for the mass arrest and detention of undocumented immigrants regardless of whether they have criminal convictions. 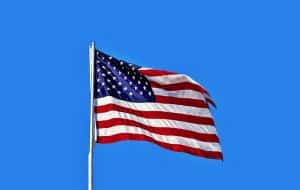 The document, issued by DHS Secretary John Kelly on February 17, 2017 and which calls for the hiring of thousands of enforcement personnel, outlines how the federal government plans to tackle illegal immigrants in the United States.

It follows in the wake of President Donald Trump’s Executive Order banning immigration from seven Muslim-majority countries and suspending the U.S. refugee program.

Trump signed the original order on January 25, 2017 – initially creating havoc because no-one knew exactly who it covered and who it did not.

The deportation guidelines replace more narrow policies focusing on immigrants who have been convicted of serious crimes, are considered threats to national security or are recent border crossers.

Under the Obama administration policies, immigrants whose only violation was being in the country illegally were generally left alone. Those immigrants fall into two categories: those who crossed the border illegally and those who overstayed their visas.

This version of the DHS guidance comes 27 days since inauguration and only 8 days since the Ninth Circuit Appeals Court in San Francisco rejected a crucial government challenge.  The original order remains suspended by the U.S. courts after government lawyers failed to overturn a restraining order put in place by a U.S. District Court judge on February 3rd.
A revised executive order is expected to be signed today, with the assumption being the DHS guidelines would then be applicable and more able to withstand future court challenges that will likely follow.
Here are some of the key points from the DHS document issued February 17, 2017: