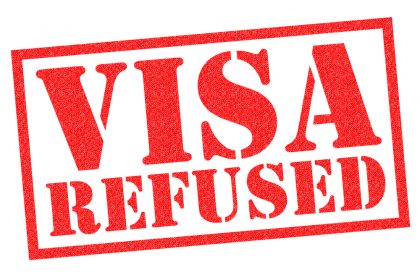 The rate at which Canada rejects visit visa applications increased to more than one-in-four in 2017, according to the federal immigration department.

Given Canada’s reputation as an open and welcoming country on the world stage, the figures come as a surprise.

How Many Canada Visit Visa Applications Are Refused?

Early 2018 figures suggest the number is increasing, with a 30 per cent refusal rate in the first quarter.

The higher proportion of refusals comes as the numbers of visit visa applications increase sharply.

Increases in the number of applications can be put down to people being more mobile.

Those from poorer countries are increasingly able to consider trips abroad, and Canada has always been a popular destination.

How do I apply for a Canada visit visa?

Passport holders in poorer countries are more likely to require a visa, hence the increased number of applications.

Passport holders from visa-exempt countries still require anElectronic Travel Authorizationwhen travelling to Canada by air. This includes those transiting through the country.

The increased refusal rate suggests it is harder to get into Canada as a visitor now than it was five years ago.

This is despite the federal government’s plan to welcome nearly a million new permanent residents between 2018 and 2020.

When considering the refusals geographically, many of the highest rates have been from African and Middle Eastern countries.

Syria, Yemen and Somalia were among the countries seeing a more than 75 per cent refusal rate.

How Long Will My Canada Visit Visa Be Valid For?

A visitor visa may be for single entry or multiple entry use.

Single entry visas may be issued up to six months before the expected date of travel.

The maximum validity date for multiple entry visitor visas is up to ten (10) years or one month prior to the expiry date on the passport/re-entry visa, whichever is earlier.

POE officers will routinely grant entry for a period of six months to a person requesting entry as a visitor.

A foreign national who has an immigrant visa already in process is not prohibited from applying for a temporary resident visa.