What Will It Take For Shambolic ICCRC To Be Disbanded? 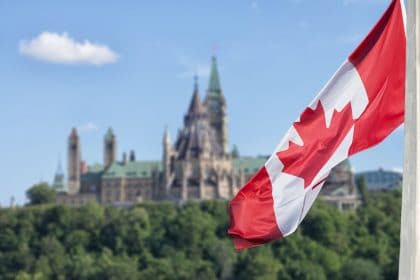 July 6, 2018 – The latest allegations against the Immigration Consultants of Canada Regulatory Council (ICCRC) show the end is near for the shambolic organization.

The ICCRC stands accused of fraud, forgery and human rights violations by one of its own members, allegations it denies.

But this is the body responsible for regulating Canada’s immigration consultancy industry accused of exactly the offences it is there to protect immigration candidates against.

What Are The New Allegations Against The ICCRC?

Immigration consultant Muhammad Watto has filed a notice of application requesting the Ontario Superior Court orders a formal investigation into the ICCRC.

In the court documents, Watto alleges:

Canada’s federal government should have stepped in when a parliamentary committee recommended the body be disbanded in June 2017.

At the time there were allegations of in-fighting and unprofessional conduct within the organization.

It was also accused of allowing unlicensed ‘ghost’ consultants to slip through the net, undermining the whole industry.

But instead of taking immediate action, Immigration Minister Ahmed Hussen chose to delay his decision, citing the need for further investigation.

What is the ICCRC?

The ICCRC was set up in 2011 because of irregularities regarding how the previous body, the Canadian Society of Immigration Consultants, created in 2003, was being managed.

It sets rules of conduct for immigration consultants, as well as providing education, licensing and training.

In the six years since the not-for-profit corporation was created, the number of licensed consultants has increased from 1,700 to more than 4,000. It is operated by a 14-member board of directors.

Its revenue base is founded primarily on membership fees. The latest figures show it has an operational surplus exceeding $1 million.

Now, a little over a year after the parliamentary committee recommendation, new allegations have surfaced from within.

While the allegations are not yet proven, they form a picture of an organization in disarray.

Fraudulent actors in the industry will look at the allegations and know they are unlikely to be held to account.

Those set to suffer from such alleged misconduct are the same immigration candidates the ICCRC was set up to protect.

Persistent problems were already being raised before the most recent allegations.

A central concern is the number of unlicensed rogue “ghost” consultants who operate in defiance of Canadian law inside Canada and overseas.

Furthermore, barriers to entry are too low.

New consultants can easily obtain a license to practice after completing a 320-hour course and passing a multiple-choice test. There is no supervised period of working experience in the field required.

The ICCRC is clearly in free fall and unable to self-govern. It is mired in a cycle of resignations, conflicts of interest, high directors’ fees, petty infighting, near 3,000 complaints and unlicensed fraudsters.

Its complaints and review committees are comprised in part of untrained practicing consultants and retired RCMP personnel. They lack the required competency and resources to properly investigate and enforce the ICCRC’s own codes of professional and ethical standards.

What Does The Immigration Minister Say?

Hussen issued a statement in October 2017 saying the government would decide on a plan of action in 2018.

He said the delay was due to the ‘complexity and inter-dependencies’ of the issues raised in the parliamentary report.

The report called for action in three main areas:

What Are The Main Courses of Action?

How Does Quebec Regulate Immigration Consultants?