What Would A New Canada Immigrant Investor Program Look Like? 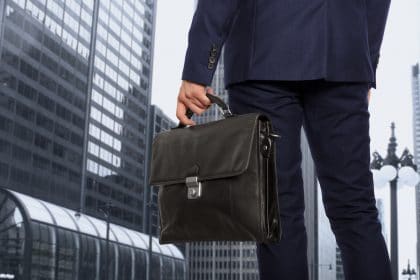 September 13, 2018 – Even its strongest supporters do not deny the Canada Immigrant Investor Program could have been better administrated.

Yet poor execution of flawed rules is not justification to condemn the concept.

As Canada lies dormant, other countries are reaping the benefits of economic citizenship and permanent residence by investment.

What Are The Current Federal Options For Canada Business Immigration?

Buy a Business and Move to Canada

Although not a formal business program, Buy a Business and Move to Canada allows wealthy immigrants to move to Canada via Ottawa’s temporary work permit under the owner-operator policies.

Requirements include a personal bet worth of $10 million and a $2 million investment to be held for 15 years.

The Start-Up Visa Program was established in 2013 and grants permanent residence and work permits to qualified immigrant entrepreneurs.

Canada Should Learn from Other Countries

Australia restricted inflow of foreign money into its real estate sector and now requires applicants to make riskier investments to qualify for the Significant Investor Visa.

The USA may hike the minimum investment requirements under the EB-5 visa soon.

Even Cyprus has sought to shift criticism of its economic citizenship program by announcing a cap of 700 passports per year.

Each nation is attempting to find the ‘golden’ balance for its golden visa through trial and error.

Canada stands out as the only major nation to choose to bring its investment immigration program to an abrupt halt.

Some Useful Suggestions for the New Program

Nations in the Caribbean region are engaged in a race to the bottom with regard to minimum investment requirements.

However, developed nations can afford to ask applicants to pay more for permanent residence through investment.

The revamped CIIP could have a minimum investment requirement as high as $2 million.

Canada can demand applicants to maintain their investments for a decade or 15 years, or make it a non-refundable contribution.

Another good reason to revive the CIIP is the Trump factor.

An investment immigration program would give these skilled workers an alternative to Express Entry – Canada’s management tool for economic immigrants.

There has been a surge in interest in the US EB-5 visa among professionals from India seeking to skip the H1-B waiting list.

Given a choice, such professionals would doubtless be interested to explore Canadian permanent residency as an alternative.

Switch to an Active Investment Model

Did the government miss a trick by not switching to an active investment model instead of terminating the CIIP?

When introduced, the CIIP was the first instance of a developed nation offering an investment immigration program.

When terminated in 2014, the list of countries offering investment immigration included the US, the UK, Australia, and many others.

The American program, in particular, is noteworthy because it requires applicants to make an active investment in a commercial enterprise and mandates specific job-creation requirements.

The Australian SIV, post its revamp, requires at-risk investments into the startup and venture capital sector.

Canada could have, and still can, switch from passive government-bonds to a more productive and beneficial option.

It could require more commitment from investors and offer greater returns to the government than just interest earned on deposits.

Even the smallest hint about the CIIP’s revival is likely to cause a surge in interest among Chinese investors.

Applicants from China had actually initiated legal action against the federal government over its 2014 decision to terminate its investment immigration program.

Yet, the EB-5 program offers the best solution to the surge in Chinese interest – retrogression.

Annual caps on applicants from different countries can ensure the program does not get swamped by any particular nation.

The inevitable increase in real estate prices can be countered by linking the new program with affordable housing.

Considering Canada’s compassionate and liberal approach towards refugees and the practical difficulties in preventing inflow of illegal immigrants escaping the USA, the idea of using money brought it by wealthy immigrants to fund affordable housing has a sense of justice.

Or, if creating an affordable housing fund is complicated, the federal program can simply deny applicants the option of borrowing money to buy real estate.

This can go a long way to ensure the inflow of foreign dollars does not make homes unaffordable for native Canadians.

Also, the federal program will have greater control over where applicants choose to reside as compared to the Quebec government, which cannot impose its laws on other provinces.

If viewed as an immigration program offering a back-door route to permanent residence for ultra-rich applicants, the question of whether to reintroduce the CIIP appears to have an easy answer.

Reviving the CIIP could be a momentous move with significant implications for Canada’s future.