Where do 66% of Express Entry Applicants Plan to Live in Canada? 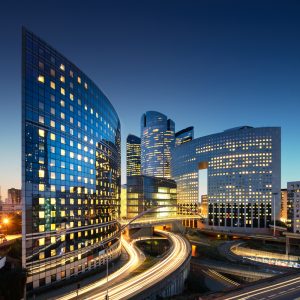 June 8, 2018 – Two in every three immigration applicants via Express Entry planned to live in Ontario in 2017, new figures show.

The figures are a dramatic increase on 2016, when Ontario received just 15,400 out of a total 42,700 applications through Express Entry. This represents just over one in three.

It shows that as Express Entry became the dominant pathway for economic immigration to Canada in 2017, Ontario immigration received the vast majority of applications.

Which Canadian Province Gets Most Applications Through Express Entry?

NOTE: Quebec does not participate in Express Entry

British Columbia received the second highest number of applications in 2017 at 17,458, or 16 per cent, illustrating Ontario’s dominance.

Why Is Ontario Immigration So High?

Ontario is the largest province in Canada, meaning you would expect it to receive the most immigrants. However, the Express Entry application figures are significantly more dominant than Ontario’s size. The figures support Ontario’s status as Canada’s economic hub, with some of the fastest growing cities in the country and the most desirable places to live. Toronto is at the centre of that, as arguably Canada’s most recognizable metropolis and a skyline known all over the world. It is also one of the most expensive places to live in Canada. Ontario’s challenge is to get new immigrants to spread out to some of its less-populated areas. Northern Ontario recently called for a targeted immigration program to bring more immigrants to the region.

How Can I Apply to Immigrate to Ontario?

What Are the Key Programs for Ontario Immigration?