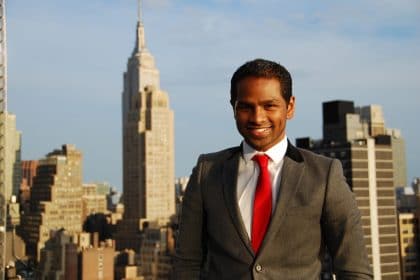 March 11, 2019 – Demand is surging among wealthy Indians for investment immigration programs like the US EB-5 visa, Canadian investment programs and Caribbean citizenship streams.

Enquiries from wealthy investors seeking a second passport or fast-track permanent residence have grown by 320 per cent in the past year.

Wealthy Indians seek citizenship or permanent residence by investment programs for the same reasons as affluent Chinese and Russians.

Very few Indians who opt for a golden visa program actually intend to leave the country and settle in a foreign destination.

Rather, rich Indians want the option of having a backup plan offering international mobility, access to developed markets, and a better lifestyle for themselves and their children.

This is one reason why programs such as Portugal’s golden visa, which requires the physical presence of just seven days in a year, are.

Other factors impacting a candidate’s choice of destination countries include education and career prospects for their children.

Since the US is a preferred destination for ambitious Indians, it is not surprising that India is set to become the third country after China and Vietnam to hit EB-5 visa retrogression in 2019.

Canadian programs are also popular with high net worth Indians.

The Canadian investment landscape is dominated by the Quebec Immigrant Investor Program as the only passive investment option for Canada.

Many of Canada’s provinces also operate business programs, the majority of which require time spent in the country establishing a business before permanent residence is granted.

For wealthy Indians, a second passport or a permanent residence permit serves as a useful hedge against future political risks.

For Indians seeking a better life, preferred destinations include the USA, Canada, and Australia. In the EU, Cyprus and Malta are popular, although golden visas offered by Portugal, Greece and Spain are also very popular.

For the international entrepreneur, a second passport can be a useful business asset, especially considering the Indian passport does not rank high among the world’s most powerful passports.

However, most Indians prefer to opt for permanent residence by investment, as the country does not permit dual citizenship.

For others, the golden visa is a wealth-protection strategy allowing investors to become tax-residents of countries with a far more regime compared to India. This is a more elegant solution as opposed to concealing information about assets or stashing wealth abroad.

There have been instances of high-profile bank debt defaulters having obtained permanent residence in the UK or citizenship of Antigua & Barbuda.

Yet legal experts emphasize that criminals cannot use such programs to escape Indian law. Firstly, strict emphasis on due diligence and vetting ensures that only those with a clean criminal record qualify under such programs.

Further, no country will allow the credibility of its program to come under a cloud by allowing a convicted offender or even an individual under investigation to qualify for a second passport or golden visa.