August 17, 2017 – Canadian cities make up three of the top five most ‘livable’ in the world, according to the 2017 ranking produced by the Economist magazine. 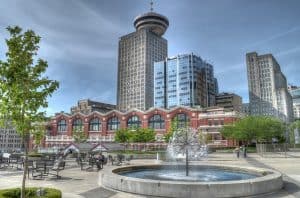 Melbourne tops the list in a top 10 dominated by Australian and Canadian cities, with Adelaide (5=) and Perth (7) also making an appearance.

Vancouver’s overall score of 97.3 was mainly down to perfect 100 scores for culture and environment, plus healthcare and education.

The culture and environment category scored each city on everything from humidity to corruption, religious restriction and quality of food. Both healthcare and education included scores for availability and quality of both private and public services.

Canada’s western powerhouse has been leading the way in 2017 in terms of economic performance, with a booming housing market drawing rich buyers from all over the world, mainly China.

In 2016, it took the unprecedented step of introducing a 15 per cent foreign buyer tax for new property.

The British Columbian city also scored 95 for ‘stability’ and 92.9 for ‘infrastructure’ in the report.

Toronto came in just 0.1 of a point below Vancouver, with an overall score of 97.2. The Ontario giant also scored a perfect 100 for healthcare and education, plus the same for stability.

Despite the perceived economic downturn in Alberta, Calgary still managed to come out joint fifth on the list, with an overall score of 96.6.

This was driven by perfect 100 scores for education, healthcare and stability, while the city has the highest score for infrastructure out of the three Canadian candidates in the list.

The score of 96.4 came in a category that judged road networks, quality of housing, plus quality of water and energy provision.

Calgary’s lowest score of 89.1 came in the culture and environment category.