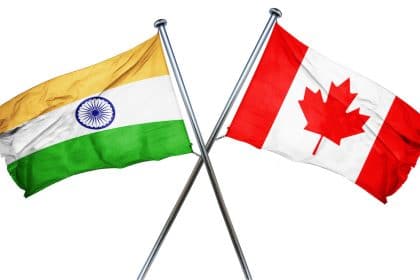 January 3, 2019 – More than 15,000 Indian permanent residents in Canada have obtained citizenship between January and October 2018, an increase of 50 percent as compared to the first ten months of 2017.

As per preliminary IRCC data, one in every ten permanent residents who obtained Canadian citizenship between January and October 2018 was of Indian origin.

2015 was a record year in which more than 28,000 Indians applied for Canadian citizenship. After a two-year decline, interest among Indian applicants has revived even as Canada made it easier for permanent residents to qualify for citizenship.

With effect from October 2017, minimum physical presence requirements for Canadian citizenship was reduced from four out of six years to three out of five years.

Post this change, citizenship applications rose by 100 percent between October 2017 and June 2018 compared to the previous corresponding period.

Benefits of Canadian citizenship include greater mobility rights, eligibility to work in the government sector, and the right to vote.

Canada has a powerful passport offering its holder visa-free access to 185 countries across the world, ranked above Australia and at par with Switzerland and Ireland.

Factors contributing to Canada’s popularity among Indians include:

The surge in demand for Canadian citizenship has coincided with an increase in the number of Indians qualifying for Canadian permanent residence.

In 2017, one out of every five successful Canadian permanent residence applicants were an Indian, a 30 percent increase compared to 2016.

2015 was a record year which saw 28,000 Indian permanent residents qualifying for citizenship. With surging demand among Indians for PR as well as citizenship, the 2015 record may easily get eclipsed in the years ahead.