All You Need to Know About Canada’s Expanded Biometrics Collection 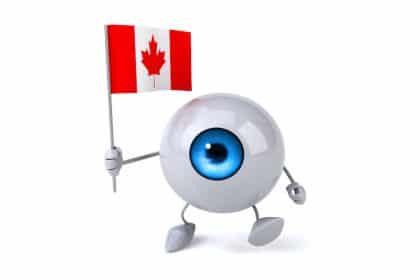 July 30, 2018 – Canada’s biometrics collection expands to include travellers from Europe, the Middle East and Africa beginning on Tuesday, July 31, 2018.

Travellers from the three regions coming here to visit, work or study will need to have their fingerprints taken if they want to cross the border.

The move is designed as an extra layer of security, to ensure the person coming into Canada matches travel documents, including the Electronic Travel Authorization (eTA).

Coming to Canada? Biometrics Will Be Required
Canada Using Biometrics in Battle Against Immigration Fraud

Criminals entering the country will be identified more quickly, and those travelling on forged or stolen documents will find it much more difficult to gain access.

Collection of biometrics is not new for Canada.

Data has been collected from 29 selected countries since 2013. All applicants for permanent residents and asylum seekers also have to provide biometrics.

The program is due to be expanded to include nearly all travellers by the end of 2018. Travellers from Asia, the Asia-Pacific and the Americas will be added on December 31.

Who Is Exempt from Biometrics Collection?

What Must Travellers Do to Provide Biometrics?

The fee for fingerprint and a picture is $85 for an individual or $170 for families.

The data is then transferred to the Canadian government records.

What Happens at The Border?

The Canada Border Services Agency is responsible for checking a traveller’s fingerprints at airports and land border points against the data provided at the visa application centre.

Some major airports are set up to do this automatically, namely Toronto Pearson, Calgary, Vancouver, Edmonton, Winnipeg, Ottawa, Pierre Elliott Trudeau in Montreal, and Halifax.

Where fingerprints do not match, travellers can be denied entry, detained and sent back.