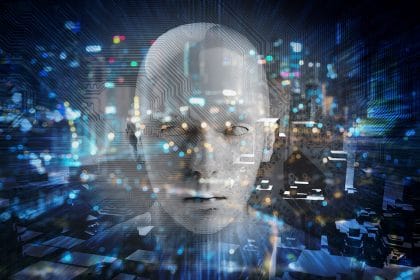 September 26, 2018 – Using artificial intelligence in the processing of Canada immigration applications is fraught with dangers, Ottawa has been warned.

A University of Toronto report raises issues related to human rights, privacy and discrimination over the Canadian federal government’s exploration of the possibility of using AI.

According to the report, leaving decisions that directly impact the lives of immigrants and refugees down to automated processes is a major concern.

The technology could be making incorrect assumptions and have in-built errors that could be the difference in the success or failure of an application.

The report’s authors have called for more oversight, public reporting and transparency from the government agencies considering the use of AI, including Immigration, Refugees and Citizenship Canada.

Experts say that without the appropriate safeguards, bias that could exist within algorithms could lead to mistakes in significant numbers of immigration applications.

IRCC officials say AI is being used as a sorting mechanism only, highlighting complex cases for further attention, with all decisions made by immigration officers.

Ottawa is also looking at other possible pilots involving the use of AI related to refugee applications and pre-removal risk assessments.

Critics say refugees should be the last cases to be the focus of a pilot, given the subjects are some of the most vulnerable in the Canadian system.

Does AI Hold the Key to an Efficient Immigration Administration?

The use of AI is intended to help the federal immigration authorities improve the way it manages new applications.

The question is whether this can be applied to other areas of Canada’s immigration programs, including helping to accept or deny an application altogether.

Can a technology-based decision to refuse an application withstand a legal challenge?

Assessing eligibility can involve numerous complex details requiring careful analysis and a nuanced approach on the part of decision maker.

Under Express Entry, the use of AI has an important role to pre-screen candidates under basic objective factors.

Many provinces continue to have some form of paper-based application system for demand occupation programs affecting skilled and semi-skilled immigrants.

It is questionable whether artificial intelligence can become a reliable tool to process these types of applications.

Its use becomes more problematic when assessing immigrants seeking refuge on humanitarian and compassionate grounds.

Should AI be used to choose between an immigrant who has shown compelling circumstances to remain in Canada and another applicant who is likely to face danger to life if deported?

Additionally, tourist or visitor visa applications, which exceed 20 million annually, are assessed on whether an applicant is likely to leave Canada at the end of the visa’s validity.

Various factors ranging from financial resources to ties to home country are considered in arriving at the decision.

Refusal rates now exceed 25 per cent based on a risk assessment which cannot yet be carried out using AI.

Ethical and moral grounds apart, overly relying on AI to pursue immigration policy in Canada could result in a flawed system with conflicting considerations. The right to appeal an immigration decision is an integral part of the existing process.

Putting AI-based immigration decisions up for judicial review will result in an obvious clash between maintaining transparency and safeguarding the data and algorithms used to decide.

If the algorithms are kept secret, the entire system will become opaque and it will be impossible to find out why a decision was made.

This will make it impossible to determine whether the right decision was taken.

Yet, if publicized, then immigration will be reduced to a step-by-step affair. From choice of study courses to the timing of the application – gaming the system will become the norm.