Benefits of Being a Permanent Resident of Canada 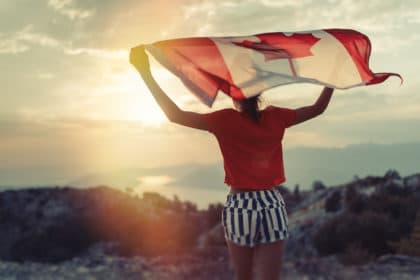 2019-11-11 – Canadian permanent residents have all the benefits and obligations outlined below.

Where You Can live

A permanent resident and their accompanying dependants can live, work and study in any one of the ten provinces or three territories within Canada.

Permanent residents have the right to free education up to the age of 18 in the Canadian public school system.

While Medicare is governed by federal legislation, each province and territory administers its own public health plan, and some impose a Medicare waiting period on new residents. Where a waiting period applies the new resident is responsible to pay the entire cost of medical services, including hospital fees, even in an emergency.

The provinces that require a waiting period and those that do not are subject to change.

Currently, there are six provinces that offer “immediate” Medicare coverage for newly landed permanent residents. Moving from West to East, those include Alberta, Manitoba, New Brunswick, Nova Scotia, Prince Edward Island, and Newfoundland & Labrador. In those jurisdictions, after registering for a health card with the qualifying documentation, the effective date of coverage is made retroactive to the date the new resident arrived to establish residence in the province or territory.

That leaves four provinces (British Columbia, Saskatchewan, Ontario, and Quebec) and all territories (Yukon, Northwest Territories, and Nunavut) where a Medicare waiting period is imposed on newly arrived residents. In these jurisdictions even, new residents who are Canadian citizens face the waiting period.

The waiting period can be up to three months from the date one physically arrives in the province or territory with the requisite immigration status (with the permanent resident document).

Read more: Canada Immigration and Healthcare: All You Need to Know

You must pay taxes at federal, provincial and municipal levels. Income tax is imposed on the basis of residency rather than citizenship. After becoming a permanent resident an individual would be required to pay Canadian taxes on worldwide income. The assets of a newly arriving immigrant are not taxed under Canadian law.

Under current law, to qualify for citizenship through naturalization, candidates must have three years of qualifying permanent resident status during the preceding five years.