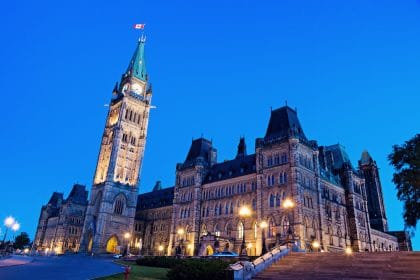 Hussen made the announcement via an Immigration, Refugees and Citizenship Canada press release on Tuesday, March 12, 2019.

“We recognize the need to provide opportunities for them to transition to permanent residence – and these additional spaces under the Provincial Nominee Program will do just that.”

All of Canada’s provinces and territories outside of Quebec operate immigration streams through the Provincial Nominee Program.

The PNP is designed to help local officials respond to labour market needs in a way federal immigration programs cannot.

An IRCC statement said: “We are committed to providing foreign workers, in particular those filling long-term labour market needs and who have integrated into Canadian society, with more pathways to permanent residency.”

The federal government believes candidates who are already in Canada on work permits, through programs including the Temporary Foreign Worker Program and the International Mobility Program, can be quickly integrated as permanent residents.

They are already here, have knowledge of the society and have Canadian work experience.

Under the Provincial Nominee Program, participating provinces and territories nominate foreign nationals whom they believe will meet particular regional labour market and/or economic development needs and who intend to settle in their province.

Provinces and territories are primarily responsible for the design, management and evaluation of their respective provincial nominee programs.

The government hopes additional spaces under the Provincial Nominee Program complement other immigration programs, including the Atlantic Immigration Pilot and the recently-launched Rural and Northern Immigration Pilot.

Under the federal government immigration levels plan released in October 2018, Canada announced plans to increase the number of provincial immigrants to 71,300 by 2021. The initial target for 2019 is 61,000 newcomers through provincial programs.