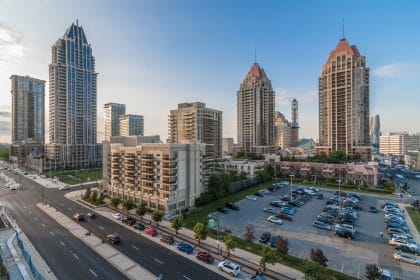 Ottawa is running advertisements via newspapers, radio, Facebook, and Google in the Asian country during the month of June.

“As this number continues to grow, it is critical that applicants get the true facts on applying for a visa,” an Immigration, Refugees and Citizenship Canada statement said.

Many of the 975,000 temporary resident applications received by Canada in 2018 were submitted by unauthorised immigration consultants.

Higher refusal rates for applications from India were due to an increase in the number of fraudulent applications, IRCC says.

Submitting false or misleading information can result in the applicant being banned from applying to come to Canada for up to 5 years.

“This campaign will help applicants in India and their friends and family members here in Canada better understand and navigate the visa application system.”

1) Applying Online Will Save Time and Money

2) Do Not Use an Unauthorized Immigration Consultant

3) Think Twice Before You Reapply

The information campaign states that candidates do not need to hire an immigration consultant to apply for Canada immigration.

However, the Canadian immigration authorities have stated previously that applications using a representative – particularly an immigration lawyer – have a higher rate of success.

Furthermore, Canada’s federal authorities only promote and provide guidance on federal immigration programs, which only represent a narrow part of the Canadian immigration landscape.

Immigration lawyers who are experts in the field are able to provide an invaluable and thorough evaluation of a candidate’s options in not just federal, but also provincial and territorial immigration streams.

Without such expert guidance, candidates face the prospect of missing an option that could be the difference between the success and failure of their immigration application.

Canada plans to overhaul its system for regulating immigration consultants by creating a new College of Immigration and Citizenship Consultants (CICC).

The College of Immigration and Citizenship Consultants Act, tabled as part of the budget implementation bill tabled on Monday April 8, 2019, will see the introduction of a new licensing regime.

The system will remain self-regulatory, as with the current Immigration Consultants of Canada Regulatory Council (ICCRC), created in 2011.

This, despite a parliamentary committee recommendation dating back two years calling for the regulation of immigration consultants to be brought under the direct authority of the federal government.

Under the act, the federal immigration minister will get new powers, including in the establishment of the code of conduct and in the formation of the board of directors of the CICC.