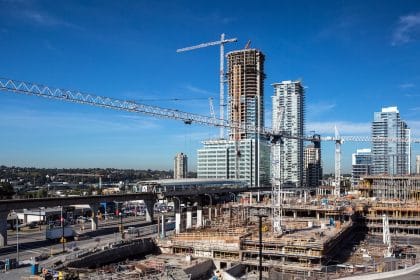 February 15, 2019 – Canada’s construction industry will need to fill more than 300,000 vacancies over the next decade, according to new research, as workers retire and demand increases.

The industry will need to look to immigration more than ever before to plug labour gaps caused by Canada’s aging population.

A Build Force Canada forecast estimates more than 260,000 will retire between now and 2028, with the current rate of recruitment only filling just over 220,000 of those positions.

The shortfall of 40,000 positions is expected to be doubled by increase in demand, leaving the industry short of 80,000 workers in 10 years.

Like other industries in Canada, the tight construction labour market comes down to the country’s aging population and shrinking number of working age people.

Build Force estimates an average age of 42 in the construction industry by 2028, with more than a fifth of the current workforce retired.

Action is needed now to train industry newcomers to be able to replaced seasoned veterans, with reported dwindling interest in trades occupations among young people.

As under-represented groups in the industry, Build Force says attracting more women and indigenous people can make up some of the shortfall.

But immigration will also be an important source of new blood, with Canada’s federal government already planning to increase annual levels to 350,000 by 2021.

Immigrants already make up 18 per cent of the construction workforce, but employers need to be aware of changes in source countries of newcomers, Build Force says.

The shift to Asian countries as the major source of new Canadians means newcomers are less likely to go into construction.

Build Force says newcomers from countries such as the Philippines, India, China, Iran, and Syria are not naturally drawn into construction like the Europeans and North and South Americans who came before.

As a result, the industry needs to improve its recruitment efforts.

At the federal level, construction workers can qualify for Canadian permanent residence through the Federal Skilled Trades Program.

Applications for FSTP come through the Express Entry system, with draws conducted usually every two weeks.

Eligibility under the Federal Skilled Trades Class is assessed on a pass or fail basis, with applicants required to fulfill the following four requirements: