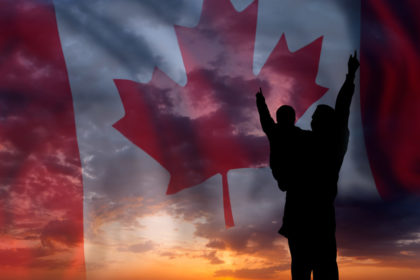 The two-year family sponsorship immigration pilot is aimed at refugees and those who were themselves sponsored as a spouse, partner or dependent child.

It stems from a requirement for immigration candidates to declare all their family members on their application when applying to Canada – including those who are not accompanying them.

Failure to declare a family member results in a lifetime ban on the principal applicant being able to sponsor that family member in the future.

“For various reasons, including lack of awareness or lack of knowledge of a family member’s whereabouts in a conflict situation, many newcomers failed to declare some family members on their application,” said an Immigration, Refugees and Citizenship Canada statement.

IRCC hopes the measure will help family reunification, and stop the penalizing of dependants who were not declared, through no fault of their own.

The pilot has been limited to refugees and those who were sponsored as a close family member “to uphold program integrity and ensure that this pilot project doesn’t make the system vulnerable to fraud and misrepresentation,” IRCC said.

The pilot was one of three initiatives introduced on May 31 aimed at protecting vulnerable immigration candidates.

The other two were aimed at vulnerable workers and newcomers who face family abuse.

As of June 4, 2019, migrant workers on an employer-specific work permit facing an abusive job situation in Canada can apply for an open work permit.

As of July 26, 2019, newcomers who are victims of family violence can apply for a fee-exempt temporary resident permit to give them legal immigration status in Canada. The status includes a work permit and health care coverage.