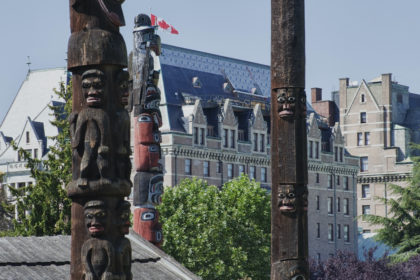 2020-02-18 – Canada’s immigration minister has proposed a change to the Oath of Citizenship to insert text referring to the rights of the indigenous population.

Marco Mendicino on Tuesday introduced a bill to amend the Citizenship Act to include the new language.

The new language would add references to the Aboriginal and treaty rights of First Nations, Inuit and Métis population.

If the change is approved, the new oath will read:

“I swear (or affirm) that I will be faithful and bear true allegiance to Her Majesty Queen Elizabeth the Second, Queen of Canada, Her Heirs and Successors, and that I will faithfully observe the laws of Canada, including the Constitution, which recognizes and affirms the Aboriginal and treaty rights of First Nations, Inuit and Métis Peoples, and fulfill my duties as a Canadian citizen.”

“The oath is a solemn declaration that all newcomers recite during the citizenship ceremony,” Mendicino said.

“With this amendment, we will take an important step towards reconciliation by encouraging new Canadians to fully appreciate and respect the significant role of Indigenous Peoples informing Canada’s fabric and identity.”

The fee was significantly increased under the previous Conservative government and has been blamed for a reduced rate of permanent residents becoming citizens.

The proposal was introduced as part of the Liberal platform ahead of the federal election in October 2019. With the Liberals forming a minority government, it will need the support of MPs from other parties to become law.

After coming to power in 2015, the Liberals already made it easier for permanent residents to become citizens, returning the physical presence requirement to three years in the last five.

The previous Conservative government had increased the requirement to four years in the last six.