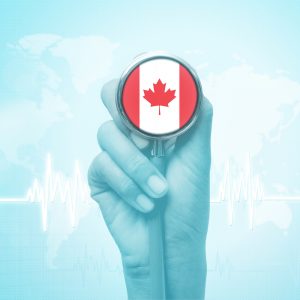 April 16, 2018 – Canada’s immigration department has announced changes to its medical inadmissibility policy expected to eliminate the vast majority of cases where candidates are rejected on medical grounds.

The new policy will see the cost threshold for medical inadmissibility tripled. In 2017 the cost threshold was $6,655 per year and $33,275 over 5 years. Under the tripled threshold, applicants with conditions requiring publicly funded prescription drugs such as HIV would become admissible.

A second change will see the definition of social services amended to remove references to special education, social and vocational rehabilitation and personal support services. This change would mean that most people with disabilities would no longer be inadmissible.

An Immigration, Refugees and Citizenship Canada (IRCC) statement said: “Increasing the cost threshold will facilitate immigration for applicants with health conditions that typically require a limited range of health and social services and have relatively low health and social services costs. It is expected that this would dispense with a majority of the medical inadmissibility cases seen in Canada today.

The move comes following a consultation period after several high-profile cases of immigration applications being rejected on medical grounds.

The Standing Committee on Citizenship and Immigration recommended eliminating the policy entirely, something the IRCC says it will work towards with provinces and territories.

Immigration Minister Ahmed Hussen said: “The changes we are announcing today are a major step forward in ensuring our immigration system is more inclusive of persons with disabilities, and reflects the values of Canadians.”

The Standing Committee began its review of medical inadmissibility rules in October 2017. Statistics show an average of 1,000 permanent and temporary resident applications are rejected each year on medical grounds.

The government says the medical inadmissibility policy saw savings that represented just 0.1 per cent of public health spending in Canada in 2015.

Medical inadmissibility cases have historically affected mainly economic class immigrants, given existing exemptions for certain applicant categories, including refugees and some members of the family class, specifically spouses, common-law partners and dependent children. Not all temporary residents are eligible for public health care, so only some are assessed for medical inadmissibility.

Further changes to be made as part of the IRCC announcement include the centralization of medical inadmissibility cases t one office to improve decision making consistency, simplifying the language used in departmental procedures and products, and training of decision makers and medical officers.