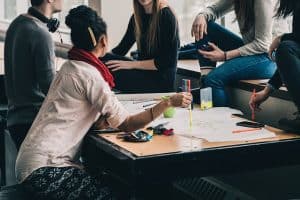 Nov 15, 2017 – New figures from U.S. colleges and universities show an average decline of 7 per cent in the international student enrollment for the 2017-2018 academic year.

Canadian schools have reported a significant uptick in their enrollment numbers, as the political climate in the U.S. makes foreign students think again about their chosen study destination.

In total, just under half of the schools surveyed reported a decline in enrollment, described as a wake-up call by a spokesperson for the New York-based institute.

The anti-immigration stance is believed to be behind an increase in violence against immigrants in the U.S., with some far-right groups counting themselves among Trump’s supporters.

The result is an America significantly less appealing to an international student than it has been in the past.

At the same time, Canada is attempting to make itself more appealing to international students. Ottawa has just announced that it will accept nearly a million new permanent residents over the next three years, and a significant chunk of those are expected to be international students who have graduates from Canadian universities.

The federal government sees them as blue chip new permanent residents: young people with a Canadian education, knowledge of the official languages, often with Canadian work experience and knowledge of how life works here. This puts them already on the pathway to integration, a crucial buzz word at Immigration, Refugees and Citizenship Canada.

Since coming to power in fall 2015, Ottawa has attempted to make it easier for international students to gain permanent residence.