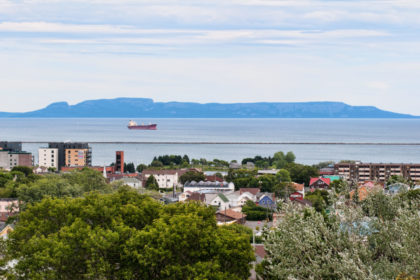 An economic development commission in northern Ontario is reportedly seeing great success with an immigration program launched only a little over a year ago.

“We did end up recommending 69 people. Some of them do have spouses and children as well, so it’s probably more like around 80 or so people that are coming through this program in its first year,” Lauzon said.

In 2021, she is expecting up to 150 people to take part in the pilot program that offers permanent residency to skilled foreign workers who settle in rural and northern communities across Canada.

First rolled out in mid-June in 2019, the RNIP initially comprised 11 rural and northern communities, including:

To be included in the pilot, communities had to have a population of 50,000 or less and be located at least 75 km from the core of a Census Metropolitan Area or have a population of up to 200,000 people and be considered remote from other larger cities, according to the Statistics Canada Remoteness Index.

As the Canadian population ages and the birth rate declines, rural Canada’s workforce has seen a significant decrease in available workers. The RNIP was developed to address those labour shortages,  drive economic growth, and help support middle-class jobs.

In Thunder Bay, roughly half the newcomers have worked as nurses, personal support workers and dental assistants. Others have experience in food service, engineering and transportation.

“Immigration is one of the suggested strategies for helping to grow a community like Thunder Bay,” Lauzon reportedly said. “We’re testing out to see if something like this works – if people will come here and stay here, if they have meaningful, full-time employment in Thunder Bay.”

When the RNIP was launched, Rural Economic Development Minister Bernadette Jordan likened it to the highly-successful Atlantic Immigration Pilot (AIP).

“I’m pleased we are able to introduce this new pilot to continue experimenting with how immigration can help ensure the continued vibrancy of rural areas across the country,” she said.

Sault Ste. Marie MP Terry Sheehan thinks that at even a small number of newcomers with the proper skills could produce big results for communities like the Soo.

“The jobs of tomorrow for the middle-class go hand-in-hand with economic development and filling key vacancies with skilled talent from around the world,” he said.