Canadian passport holders among those able to travel to the most countries visa-free, reveals ranking 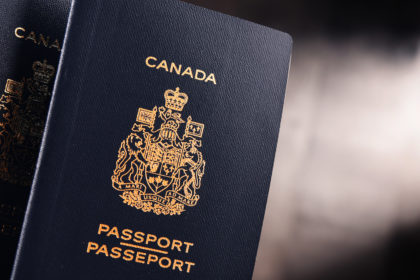 Canadian passports pack a powerful punch by allowing those who hold them the opportunity to travel to many countries visa-free, reveals a ranking on Passport Index.

The real-time global ranking of passports website rates a passport as more powerful when it affords those who hold it the ability to travel without a visa to many countries.

By that measure, Canadian passports are ranked in the fifth group of countries, along with the United Kingdom, France, Malta, the Czech Republic, Greece, Poland, Hungary, and the United States.

Holders of a Canadian passport can travel visa-free to 97 countries and to another 45 that only require a visa upon arrival.

The high marks given to Canadian passports by the ranking service is echoed by the latest quarterly report by Henley & Partners, a London-based global firm that provides citizenship and residency services.

It placed Canada into its eighth of 26 groups of the most powerful visas in the world, a list representing 116 countries.  According to Henley & Partners, Canada had a visa-free score of 184 in the fourth quarter of this year.

The so-called power of a country’s passport is indicative of its standing among the largest and most developed nations in the world.

Canadian Passport Regularly Ranked Among the Most Powerful in the World

When flying into Canada, holders of visa-exempt passports are required to obtain an Electronic Travel Authorization in advance of their travel. It costs $7 CAD and can be obtained online.

Although there is no certificate or official recognition of dual citizenship by the Canadian government, foreign nationals from 49 countries can also become Canadian citizens and retain their citizenship in their home countries.

Dual Citizenship Comes With Perks and Obligations Too

A Canadian with dual citizenship can visit his or her other country without spending weeks or months trying to get a visa.

One thing to note, though, is that even dual Canadian citizens need to present their Canadian passports when they board a flight to Canada. The only exception to that rule is U.S.-Canada dual citizenship.

Dual citizens also have a legal obligation to obey all laws with regards to military service, providing for the public education system, and paying taxes. Being a citizen of more than one country can also be a problem for those who want to work for the government of either country in a capacity that requires a high-level security clearance.