More Than 80% Of Skilled Immigrants Find A Job In Canada: Report 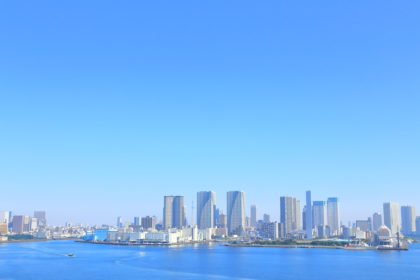 2020-03-09 – More than 80 percent of skilled worker immigrants find a job in Canada, and the vast majority are in permanent positions, according to a World Education Services study.

The report, drawn from a survey of more than 6,400 skilled worker immigrants completed in 2018, is a validation of Canada’s transition from an immigration system based on specific labour market shortages to one focused on bringing in highly-skilled, well-educated immigrants.

At the forefront of that transition has been the Express Entry system, launched in 2015 to prioritize applications from candidates with the skills and experience to succeed in Canada.

Following on from this, the highest rates of employment were seen in Canada Experience Class candidates.

“Those who immigrated who immigrated under CEC were 2.4 times more likely to be employed than those who entered through other economic immigration programs,” the report says.

Through the CEC, the highest proportion of immigrants had previous experience in the food industry.

Meanwhile, some 70 percent of Federal Skilled Workers were previously employed in the health sector.

The findings in the WES report were drawn from a 2018 survey of 6,402 permanent residents who applied for an Education Credential Assessment (ECA) between 2013 and 2015.

An ECA is a document that assesses foreign qualifications for their equivalent level in Canada.

The findings were similar to a 2017 Statistics Canada report focusing on employment among university-educated Canadian permanent residents and citizens. It reported an employment rate of 82.1 percent for immigrants and 91.4 percent for the Canadian-born population.

This puts the employment gap between immigrants and their Canadian-born peers at the smallest since 2006.

While the growing immigrant employment rate is an important positive, the report also revealed that many immigrants are unable to find work at their level of skill, experience and education.

Less than 40 percent of immigrants has jobs similar in type and complexity to pre-immigration positions, according to the report.

Respondents cited a lack of professional connections, employers not accepting qualifications and experience, and a lack of recognition of international education as the top three reasons for the issue.

Such areas are important considerations for Immigration, Refugees and Citizenship Canada, as well as the provincial immigration authorities.

While more and more funding is being pumped into immigrant integration at both federal and provincial levels, it is clear that shortcomings still remain.

The report suggests ‘competency-informed assessments’ to build a picture of the qualifications of immigrant job seekers to tackle this issue.

The report states: “There is an ongoing need to identify how to deliver realistic, specific, targeted, accurate, and timely employment information to prospective and recent immigrants.”

The report states: “All those working toward the integration of skilled immigrants need to collectively identify which specific employment services and service delivery models lead to the best results for skilled immigrant job seekers.”