April 3, 2017 – Public Safety Minister Ralph Goodale has been ordered by the Canadian Federal Court to make a decision on a Canada immigration application appeal that has dragged on for 23 years.

Goodale has claimed he is too busy to rule on the sensitive case of Iranian Morteza Momenzadeh Tameh, who first applied for permanent residency in 1994.

Tameh was ruled inadmissible in 2001 due to previous involvement in an Iranian organisation that was on Canada’s terrorism list until 2012. 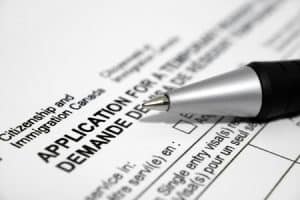 His application for a special ruling – known as ministerial relief – was rejected in 2007 by Stockwell Day, the then public safety minister.

A year after that decision, a judge said Day did not have all the facts at hand, effectively re-opening the Canada immigration case.

Since then four people have held the post of public safety minister, and each one of them has avoided making the difficult decision.

Now, Chief Justice Paul Crampton has told Goodale that he has to be the one to decide on the Canada immigration application, that he needs to do so in a timely fashion, and that being busy is not an acceptable excuse.

“Ministers of the Crown are typically very busy people. But they are not so busy that they can take as many years as they see fit to respond to requests made pursuant to validly enacted legislation,” Crampton wrote in his verdict.

“He submits he should be left with the flexibility to prioritize his many duties as he considers appropriate, and that requiring him to make a decision within a certain period of time may cause him to divert his attention away from an emergency situation.

“I am sympathetic, to a point, with the minister’s submissions. However, they do not, individually or collectively, justify his position that he must have a complete carte blanche regarding the time available to him to make decisions.”

Crampton said the four-year delay is ‘at the outer limit of what is reasonable’ and ordered Goodale to make a decision and also pay $4,000 legal costs to Tameh.

The personal accountability that goes with any decision by Goodale is what makes it such a difficult one to make.

He is now considering his response to the ruling, with changes to how ministerial relief is applied for also understood to be in the works.