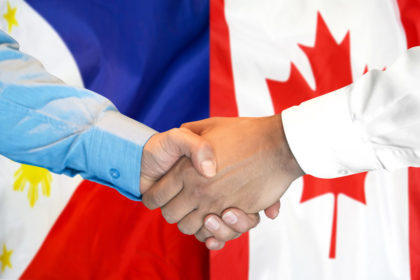 The Philippines is Canada’s most third-most important source country for new immigrants and so there are many options for Filipinos who wish to apply for permanent residence in Canada.

During the second quarter of this year, immigration to Canada slowed to a trickle due to international travel restrictions imposed during the height of the COVID-19 global pandemic. Canada is now slowly recovering from the economic blow of the pandemic, though, and immigration is again becoming very important.

Indeed, Canada continued to bring in permanent residents even during the pandemic when these new arrivals had qualified before the restrictions place. Temporary foreign workers crucial to the country’s food supply were also still brought in during the pandemic as essential workers.

Ottawa announced its intention to welcome more than 1.1 million new permanent residents between now and 2022 in an immigration plan released in March this year.

How to Apply for Canada Immigration from the UAE

So, while the COVID-19 pandemic has and continues to affect that plan, the message from Canada’s federal government is clear: Canada wants and will continue to welcome immigrants to Canada.

The Philippines is no exception. As Canada started to wake up again from the lockdowns imposed during the height of the COVID-19 pandemic, the country again saw an upsurge in Filipinos becoming permanent Canadian residents. In June this year, the number of Filipinos who became permanent residents in Canada rose by about 39.5 per cent to 900 from 645 the previous month.

That is a far cry from the 3,035 Filipinos who became permanent residents of Canada during the same month last year, before the pandemic.

But the trend is towards more permanent residents from the Philippines again after the precipitous decline in Filipinos coming to Canada that started in November last year.

During the tail end of the lockdowns in Canada in the second quarter of this year, 1,885 Filipinos became permanent Canadian residents. That brought the total number of new Canadian permanent residents from the Philippines for this year to 6,930, an almost 51 per cent drop compared to the same period in 2019. 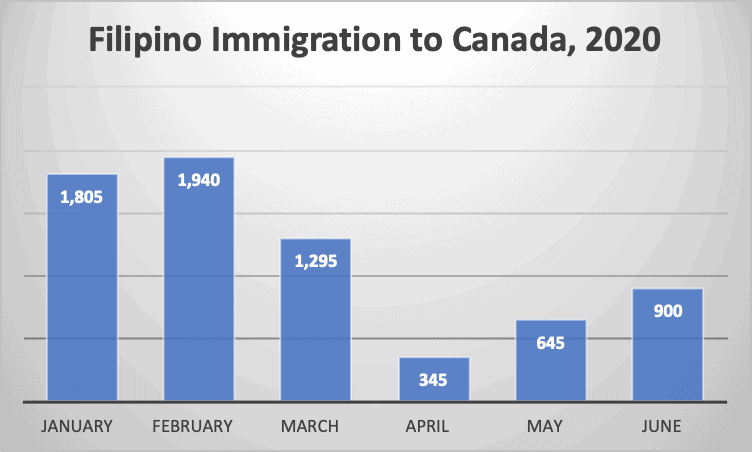 During the five years starting in 2015, the number of new Filipino permanent residents to Canada has steadily dwindled from a high of 50,840 in 2015 to just barely over half of that last year when 27,820 Filipinos became permanent residents of Canada. 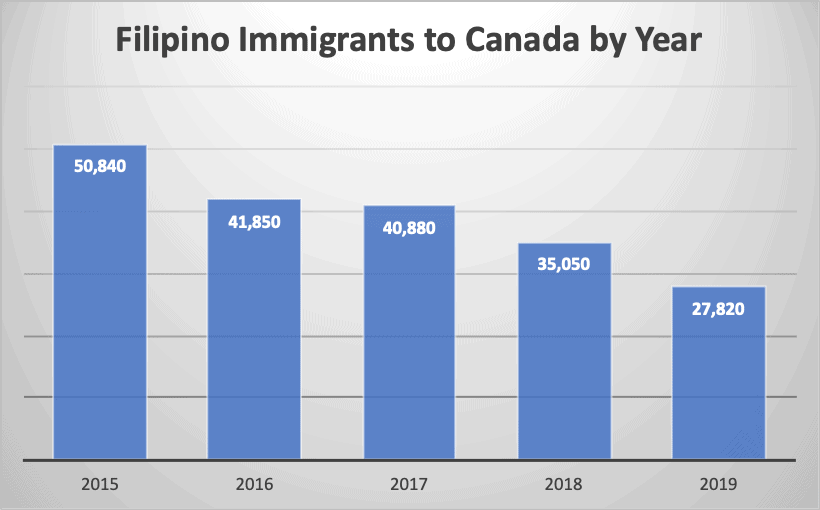 Last year, Filipinos accounted for about 8.5 per cent of all new permanent resident arrivals to Canada.

That’s more than all of the new permanent residents to Canada from the United States and Nigeria combined in 2019.

China was then the next-biggest source of new permanent residents to Canada, with 30,260 Chinese citizens immigrating to Canada. 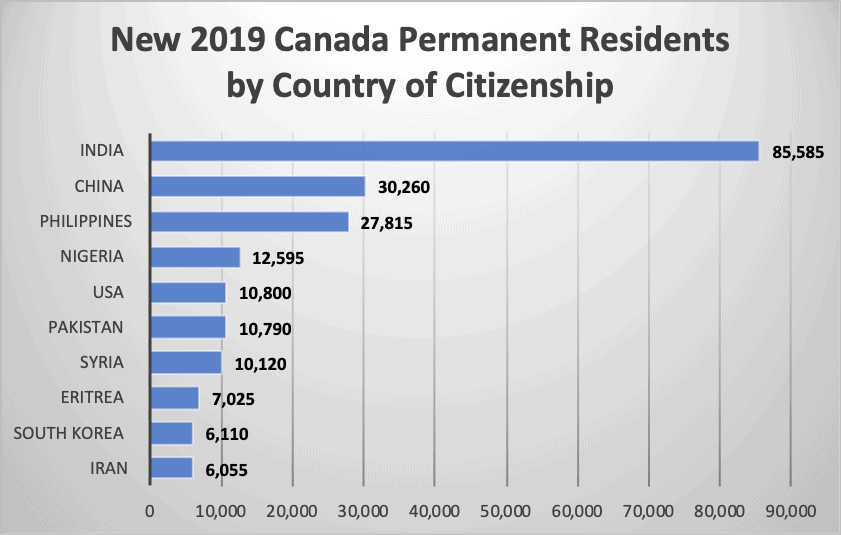 If you are looking to apply for Canada permanent residence from the Philippines, the first step is to assess which programs give you the best chance of success.

What Are The Options For Immigrating To Canada From The Philippines?

There are many immigration streams to be considered when considering applying for Canadian permanent residence from the Philippines.

If you do not qualify through a federal economic program, the next step is to consider provincial streams for your application for permanent residence from the Philippines.

Canada also aims to attract entrepreneurs and investors through its business immigration programs, with many applications accepted from the Philippines.

Several of Canada’s other provinces also operate business programs as a route to permanent residence from the Philippines.

Candidates looking to immigrate to Canada from the UAE should also consider the Buy a Business and Move to Canada Program.

This is a popular route for candidates who do not immediately qualify for permanent residence when applying from the Philippines.

Candidates in the Philippines with family members who are already permanent residents or citizens can apply through Family Class Sponsorship immigration.

Which Family Members Can Be Sponsored For Canada Immigration From The Philippines?