How To Immigrate To Canadian Province Of Alberta 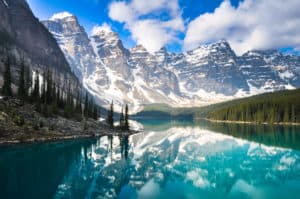 Energy-rich Alberta is growing and looking for Canada immigrants to fill many jobs as the oil and gas, housing construction, and retail sales sectors take off.

“The skies above are clear again, let us sing a song of cheer again, happy days are here again!”

The Alberta Activity Index, which measures the health of the provincial economy, was up 9.4 per cent at the end of September.

In its latest provincial outlook, TD Economics forecast the provincial economy will have grown by 5.3 per cent by the end of this year and the real GDP will grow by another 4.6 per cent next year.

“Alberta has seen a solid revival in housing activity this year, with home resales expected to rise at the strongest pace in the country,” wrote TD Economists economists Beata Caranci, Derek Burleton, Rishi Sondhi, and Omar Abdelrahman in that provincial outlook.

“Housing starts are also coming in strong, providing a boost to the construction industry.”

The economists are also encouraged by the strong recovery in the energy sector.

“Looking ahead, only a modest downtrend in (West Texas Intermediate crude) oil prices is expected as additional (Organization of the Petroleum Exporting Countries) supply comes online. Oil production has already risen more than 7.4 per cent year-to-date, year over year,” note the economists.

Exports From Alberta Expected To Rise

“But more growth appears to be in the cards, with exports expected to rise on robust U.S. demand. And it’s not just oil. Natural gas prices have also surged this year, providing an added boost to incomes and government coffers.”

Although the fourth wave of Covid-19 to hit Alberta did put a damper on its population growth, that wave now seems to have passed – and immigration is starting to pick up again.

“Immigration into the province is recovering from last year’s pandemic lows as travel restrictions are lifting and application processing is ramping up,” states the province’s fiscal update.

Ahead of the pandemic, immigration to Alberta was hovering between 42,000 and 44,000 for about three years.

Then, Covid-19 hit in Canada early last year. Borders were closed. Travel to and from other countries became difficult. In some cases, non-essential travel was virtually impossible.

Immigration to Alberta plummeted, dropping by almost 47.5 per cent in 2020 compared to the previous year.

It would, though, be about 50 per cent more new permanent residents to the province than Alberta received last year.

The International Graduate Entrepreneur Immigration Stream opened in late October last year and the Foreign Graduate Start-Up Visa Stream, which is aimed at graduates from American universities, opened in January this year.

“Alberta has more than 25,000 foreign post-secondary students, the highest number of any of Prairie province. And we want more of them to stay after they graduate so they don’t take their ideas for new businesses elsewhere,” said then-Alberta Immigration Minister Jason Copping.

“With this new stream, international graduates can apply to stay and launch new ventures and start-ups, creating new jobs for Albertans and bringing much-needed investment to our province,” he said.

The new International Graduate Entrepreneur Stream works on an Expressions of Interest system and is aimed at international graduates from Alberta post-secondary institutions who want to establish or operate a business in the province.

Candidates must initially establish or operate their business for at least 12 months while in Alberta on a work permit before being nominated for permanent residence once the terms of a Business Performance Agreement are met.

The other new stream, the Foreign Graduate Start-up Visa, is to attract talented international graduates from top American universities and colleges to start businesses and settle in Alberta communities.

Through the AINP, the province welcomes immigrants with the skills and abilities to fill labour shortages in Alberta.

Economic immigration programs typically draw almost half of the new permanent residents to the province every year and their importance has only grown as a source of new immigrants since the start of the pandemic.

In the first nine months of this year, 55.2 per cent of all new permanent residents to Alberta came under economic immigration programs.

In addition to the two new streams to encourage entrepreneurship in the province by attracting new international graduates, the AINP has three other streams.

Alberta Opportunity Stream is designed to simplify the AINP application process, reduce wait times and make the system fairer for candidates who meet the residency, work permit and occupational requirements and their employers.

The Express Entry Stream allows the province to nominate a limited number of qualified candidates from the federal Express Entry pool through periodic draws.

In its first Express Entry draw in six months, Alberta issued invitations to 50 candidates with Comprehensive Ranking System scores as low as 406 in early January this year. It was the first draw under this stream since mid-June last year.

The Self-Employed Farmer Stream is managed by the AINP in close collaboration with Alberta Agriculture and Forestry and targets applicants with farm management skills and sufficient financial resources to invest in a farming business in Alberta.

Earlier this year, The Western Investor reported farmland in Alberta is more expensive than similar land in either Saskatchewan or Manitoba but still a deal compared to acreage in British Columbia.

In May, an acre of Manitoba farmland was reportedly selling for an average price of $2,280 and an acre in Saskatchewan for $1,588.

In Alberta, the same acre was then going for an average price of $3,012.

The price of an acre of farmland in British Columbia, though, was more than twice as much with an average price of $6,675.

Unlike some of the other provinces, the AINP does not reward candidates whose occupations appear on a certain list. Rather, the province publishes a list of ineligible occupations.

Alberta immigration issues periodic Notifications of Interest, inviting candidates to apply for nomination under the AINP Express Entry stream. The details of each draw are typically published about one month after the date of draw. 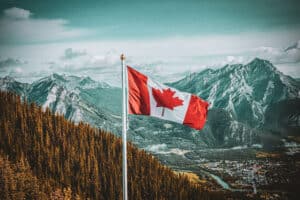 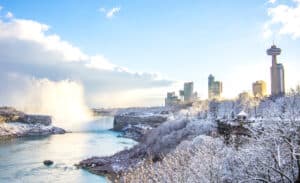 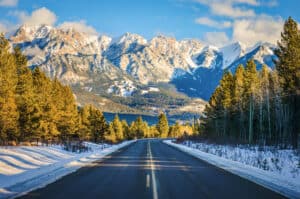 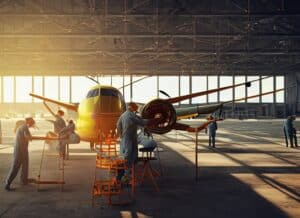 Aircraft Assemblers Can Now Immigrate To Canada Through Express Entry 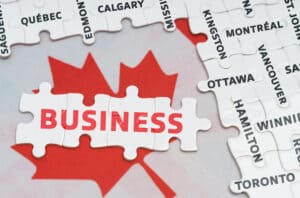 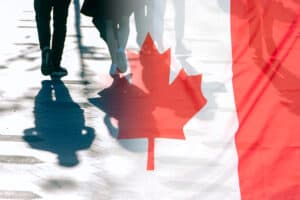