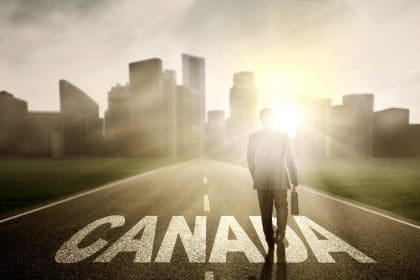 April 26, 2019 – Businesses in Canada owned by immigrant entrepreneurs create more jobs than those owned by native Canadians, according to a new study.

The data shows that ‘firms owned by immigrants accounted for a disproportionate share of net job creation’ in the period studied, between 2003 and 2013.

Companies owned by immigrants were also more likely to be considered ‘high growth’ than those with Canadian-born owners.

To be considered ‘high-growth’, forms must have greater than 20 per cent annual employment growth.

“The information in this study provides a useful first step in understanding the role of immigrant entrepreneurs in the Canadian economy,” the Statistics Canada report says.

A central reason as to why immigrant firms create more jobs is down to the age of the company.

Companies owned by immigrants tend to be younger than those owned by native Canadians.

Statistics Canada said: “The study shows that the relatively larger contribution of immigrant-owned firms to net job creation and the greater tendency to be a high-growth firm, were primarily due to the age of the firm.

It continued: “Earlier research has shown that younger firms grow faster and create jobs at a higher rate than older firms.”

Research found that 80 per cent of immigrant owners of private companies were still owners two years after starting their business. Furthermore, 58 per cent still had their businesses seven years on. The percentages are similar for Canadian-born business owners.

In comparison, studies from Sweden, Norway, Germany and the U.S. have found immigrant-owned businesses have a shorter survival time that those owned by native-born entrepreneurs.

In the first few years after arrival, ownership rates are below those of the Canadian-born, but after time the figures are reversed.

About 5.8 per cent of immigrants who had been in Canada for 10 to 30 years owned a private incorporated company with employees in 2010. The figure is 4.8 per cent for Canadian-born.

Furthermore, 10.8 per cent of long-term immigrants were self-employed, compared to a Canadian-born figure of 7.5 per cent.

What Immigration Categories Do Entrepreneurs Come From?

However, the business class of immigrants is small, meaning they only account for one in 10 immigrant-owned companies.

The much bigger economic class has a business ownership rate of 14.9 per cent, accounting for 40 per cent of immigrant-owned firms.

Rates of business ownership in the family and refugee classes – 14.9 per cent and 14.4 per cent respectively – are comparable to the economic class.

Combined, the two classes account for 44% of immigrant-owned businesses.

Important differences emerge when it comes to the type of business owned by different categories of immigrants.

Regardless of the economic class, immigrants are drawn to start their own businesses or become self-employed at a greater rate than the Canadian-born.

Start-up businesses are a central factor relating to economic growth.

The evidence in the report can be added to the growing body of facts that show immigrants are crucial to helping the receiving country’s economy thrive.