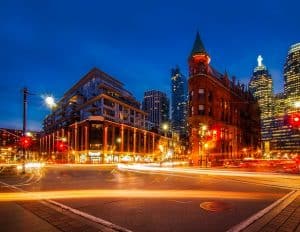 June 9, 2017 – Canada is seeing a growing trend of immigrant populations moving out of major urban centres and into the suburbs surrounding them, a new Statistics Canada report shows.

Toronto, Montreal and Vancouver – the three most popular cities for newcomers – are all witnessing what is being called the suburbanization of immigrants.

As property prices rise in the major city centres, immigrants are increasingly more likely to settle in suburbs soon after they move to Canada, with the report showing the trend has been developing since 2001.

“There is now a greater tendency among newcomers to settle in peripheral municipalities, most often those bordering a central municipality,” the report reads. 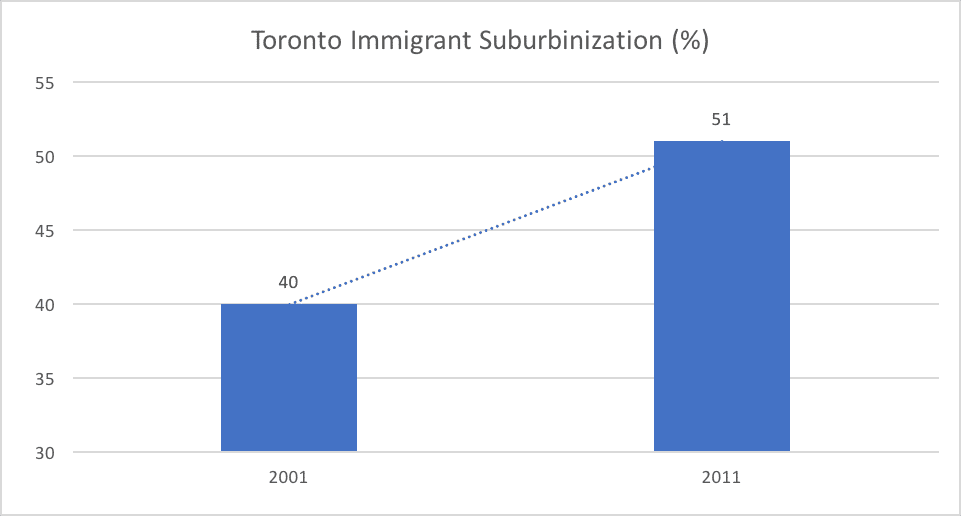 The trend, greatest in Toronto but also witnessed in Montreal and Vancouver, has changed the cultural diversity of suburbs to the point where they now mirror the diversity of the major urban area.

While once a move to the suburbs was once used to identify immigrants, who had integrated into Canadian society, now it can no longer be treated in that way.

“Traditionally, immigrants being dispersed in the peripheral municipalities was associated with greater integration into the host society,” the report reads.

“However, living on the outskirts of central municipalities does not necessarily mean that immigrants are more fully integrated than in the past. The outskirts of central municipalities now have a higher proportion of immigrants than before, are relatively heterogeneous in terms of socio-economic status and have a similar urban concentration of the population with an immigrant background.” 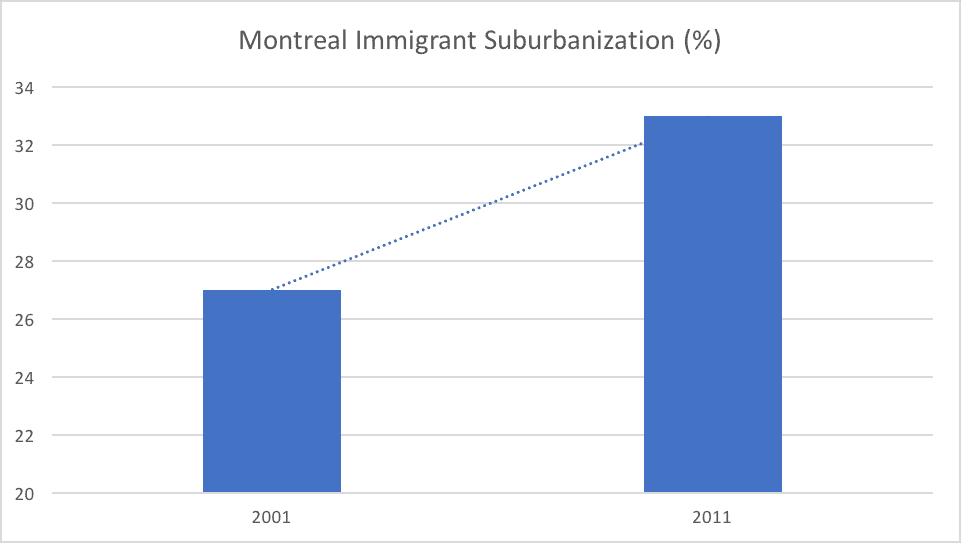 Canada’s three largest cities have traditionally received the majority of new immigrants, with 63 per cent of all newcomers living in Toronto, Montreal or Vancouver in 2011.

But, those immigrants are on the move out of town, to a peripheral municipality, according to the report.

In 2011, 51 per cent of the immigrant population lived in a municipality peripheral to Toronto, up from 40 per cent in 2011. 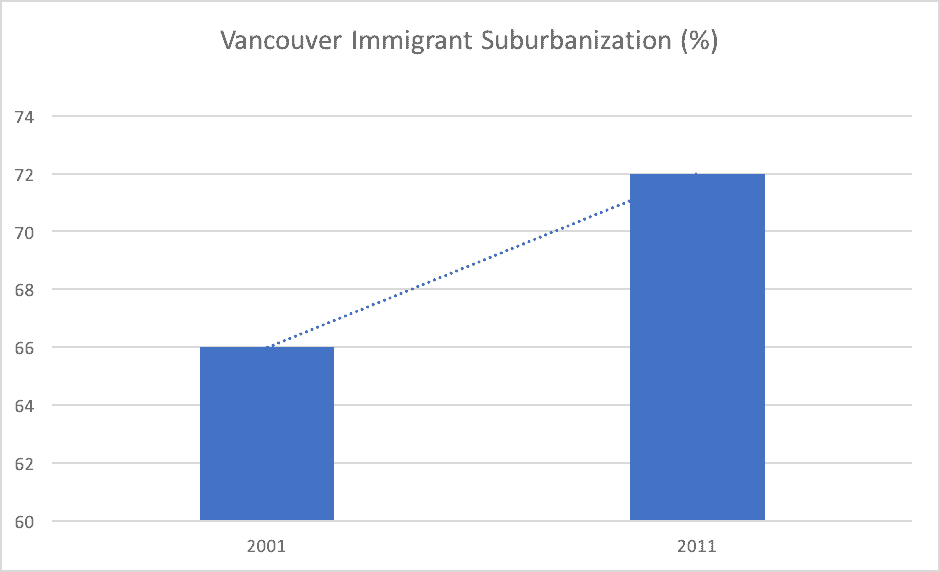 Suburbanization increases have been witnessed for both recent immigrants and established immigrants.

For immigrants settling in the last five years, 13 per cent lived in the suburbs of Montreal in 2001, compared with 21 per cent in 2011. This is still half the number of established immigrants of whom 42 per cent settled in Montreal’s suburbs.

Suburbanization rates for new immigrants in Vancouver were effectively the same as established immigrants in 2011 (72 per cent and 71 per cent respectively). The recent immigrant figure rose from 68 per cent in 2001.

The report then gauged how socially integrated immigrants were depending on where they settled, using factors such as sense of belonging and knowing the neighbours.

It found that the figures were not largely affected by whether an immigrant settled in the suburbs, or in a more central area.

“Regardless of their place of residence, approximately one-third of the population with an immigrant background reported knowing most or all of their neighbours,” the report said.

“In addition, regardless of the type of municipality of residence (central or peripheral) or the proportion that the population with an immigrant background represents in their neighbourhood, a majority of immigrants and their descendants (over 80%) reported feeling a very or somewhat strong sense of belonging to Canada, their province, their city and their local community.”

The report added: “As such, while the settlement patterns of immigrants follow more diverse courses than in the past, they are not necessarily the factors that encourage or impede social integration.”