Montreal Economy Has Growing Demand for These Occupations 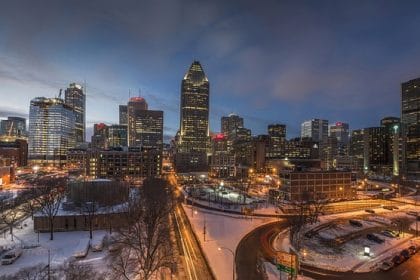 February 5, 2019 – Nurses, computer engineers and heavy equipment mechanics are among the most in-demand occupations in Montreal, according to a new report by the Quebec provincial government.  Many candidates with qualifications and experience in these fields are sought-after by employers for immigration to Canada .

Shortages are expected to continue in many sectors until at least 2021, the report predicts.

Experts say that both skilled and unskilled labour is in high demand in Montreal and across Quebec.

Technology companies continue to hire a significant number of new workers, so much so that not enough labour is available.  Many are required to source candidates from overseas, under federal immigration programs.

However, unskilled roles in retail sales are also in demand, with wages rising steadily as a result.

We Can Help You Find A Job in Canada

Federal government statistics show Quebec job vacancies have increased more than any other province over the last 12 months.

The latest figures bring into question a predicament for the current Quebec government.  It came to power in early October 2018, under a campaign pledge to reduce immigration levels.  It subsequently tabled its 2019 immigration levels plan, which reduces by 10,000, the number of immigrants that will be admitted to Quebec this year.  Employers in industries across the province, have come to rely on immigration as a tool to offset severe labour shortages. 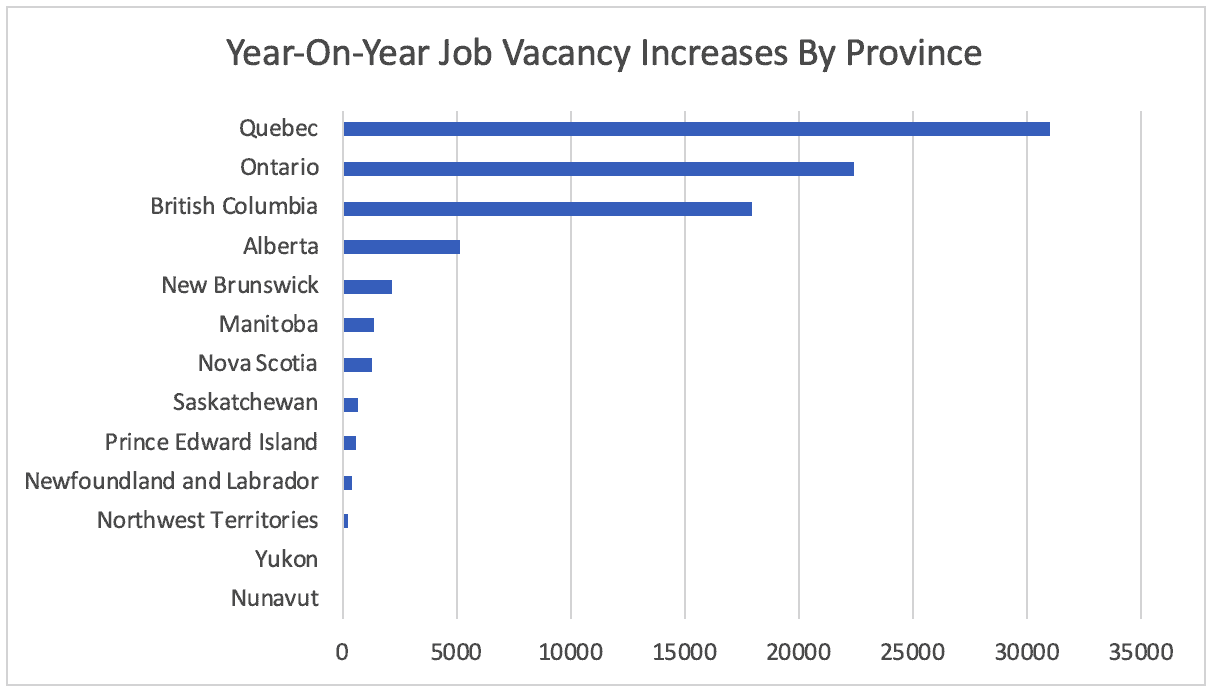 Quebec’s 35.5 per cent increase in job vacancies supports what employers in the French-speaking province are saying about struggling to fill positions.

Quebec’s provincial government is pushing ahead with a plan to reduce immigration in 2019, despite this need for more workers.

While the increases were widespread across employment sectors, health care and social assistance; accommodation and food services; and manufacturing accounted for close to half of the provincial increase.

Officials looking to tackle Quebec’s labour shortage recently travelled to Paris to recruit French citizens to move to the province.

Representatives from the Union of Quebec Municipalities (UMQ) attended an international recruitment fair with the aim of promoting the province as a destination for skilled immigrants at the Salon du travail et de la mobilité professionnelle.

The UMQ’s booth featured the slogan ‘We need you, it’s urgent’, relating to the more than 100,000 jobs that need to be filled in Quebec as part of an ongoing labour shortage.

Officials believe skilled Quebec immigration is a crucial part of the strategy to solve the labour shortage problem.

Moving to Quebec is a major draw for skilled workers from France, given its established infrastructure, political stability and excellent working conditions.